There are 5 poems in this book, each begins at a new chapter (posted at the bottom).  Judah is personified as a woman in this book,  but it is important to remember WHY all this is happening to her.  An avoidable tragedy,  all caused by sin and lack of repenting.  Always read the Bible from God’s character, His Covenant, and His Love.  God is Holy, God is Just, God Perfect, and God punishes sin and disobedience in His timing.

In the Bible, Lamentations follows Jeremiah, who is most likely the author,  and which gave Jeremiah the name the “weeping prophet”.  You could read the last chapter of Jeremiah as the introduction to Lamentations.  However, the Hebrew Old Testament puts Lamentations with a group of books called the Ketubin or “writings”.  The group includes:

They are in their own category  (our Bible is grouped by category too, that is why we are jumping around a lot) because these books are read at separate Feasts.  To this day, this book is read in Synagogues throughout the world on the ninth day of the fourth month, a day of fasting, to remember the fall of Jerusalem.

Jeremiah’s grief ran deep in his heart for God’s people.  Jeremiah wept for the Jews not just because of the suffering and the exile they would endure, but because they had rejected the word of the Lord.  This saddened Jeremiah to a level of tears and sympathy.

What makes a person cry says a lot about that person whether they are self-centered or God-centered.

If you did….let me say: This book was LONG.  I enjoyed it immensely and see God more loving and patient than I ever could imagine.  However, IF you are behind I want you to be with us.   In 39 days we will be in the New Testament.  In those 39 days, we are going to read TEN Books!  (I better buy stronger coffee)

Jerusalem is mentioned 810 times in the Bible.  Clearly, a focal point.  However, Babylon is mentioned quite a bit too with 287 mentions.  164 of those 287 are in the book of Jeremiah.  So what is the take-home?  Well for me, God wants us to be very educated on the topic of Judgement.  We can’t ignore it.  We are judged individually and collectively as a nation.  We also need to consider the judgment that will fall on non-believers.

The last 2 chapters of Jeremiah:

OK, a few chapters back I mentioned that Babylon would be destroyed and a King named Cyrus would let the Israelites OUT of captivity.  Do you remember that?  Do you remember what nation he was from??  Persia.

11 “Sharpen the arrows,
take up the shields!
The Lord has stirred up the kings of the Medes,
because his purpose is to destroy Babylon.
The Lord will take vengeance,
vengeance for his temple.

These “Medes” are God’s instrument to destroy Babylon, as punishment for destroying His temple. The fall of Babylon to the Medes was a fulfillment of this prophecy.  The Medes lived north of Babylon (in modern northwest Iran). The Medes had been allies of the Babylonians in the destruction of Nineveh, the capital of the Assyrian Empire, in 612 B.C. Seventy-three years later, they joined with the Persians to defeat Babylon.   Cyrus’ mother was a Mede, and Persians were linked together several times in the book of Daniel.

Before Babylon was destroyed, it was protected by huge walls. Nebuchadnezzar further fortified the city with three rings of walls that were 40 feet tall. The walls of Babylon were so thick that chariot races were held on top of them. The city inside the walls occupied an area of 200 square miles, roughly the size of Chicago today.

Nebuchadnezzar built three major palaces, each lavishly decorated with blue and yellow glazed tiles. He also built a number of shrines, the largest of which, called Esagil, was dedicated to Marduk. The shrine stood 280 feet tall, nearly the size of a 26-story office building.

37 Babylon will be a heap of ruins,
a haunt of jackals,
an object of horror and scorn,
a place where no one lives.

Not for God….here is today:

The irony is that Saddam Hussein and the Iraqi government excavated Babylonian ruins and attempted to reconstruct certain features of the ancient city, including one of Nebuchadnezzar’s palaces.

But always remember that God’s hand, just like Babylon was used as the “instrument” for judgment (my mother was Italian, I think of it as the wooden spoon in a spanking) the same goes for Medes/Persia conquering Babylon.  They are just the spoon!

55 The Lord will destroy Babylon;
he will silence her noisy din.
Waves of enemies will rage like great waters;
the roar of their voices will resound.
56 A destroyer will come against Babylon;
her warriors will be captured,
and their bows will be broken.
For the Lord is a God of retribution;
he will repay in full. 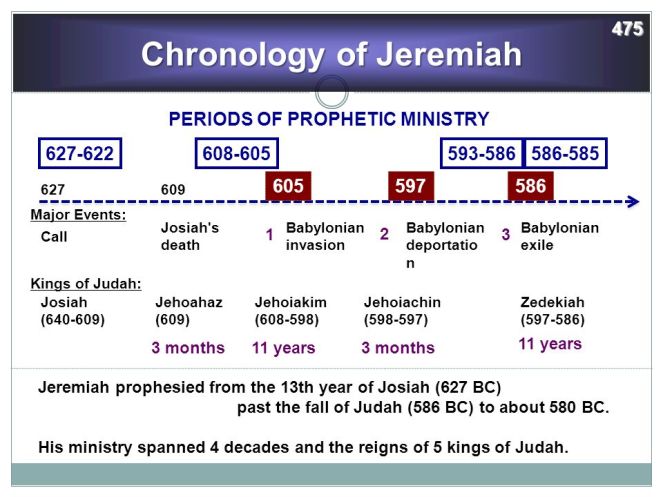 The chapter opens with Zedekiah, the last of Jeremiah’s kings.  This is a recap, we have already read it….HOWEVER, it gives us an intro to tomorrow’s book: Lamentation. Here is Solomon’s Temple being destroyed. 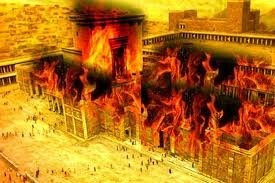