We only have 4 days to unpack this book, so we will keep it simple. Here is a quick view. 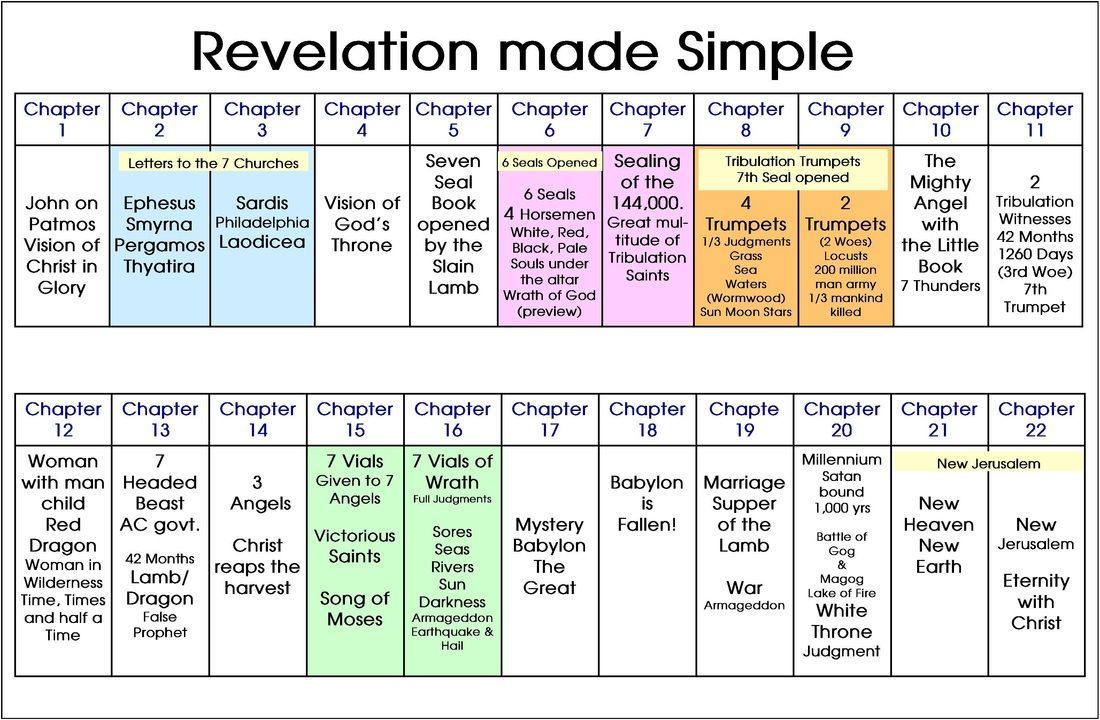 From the Greeting we can conclude that the book was written:

“7” will be noted 54 times in this book. 7 represents “completion.” The 7 spirits before the throne are the completeness of the Holy Spirit. (the ministry of the Holy Spirit in us (7) are: rest, wisdom, understanding, counsel, might, knowledge, and fear. ‘Isaiah 11:2’ 😁

10 On the Lord’s Day I was in the Spirit, and I heard behind me a loud voice like a trumpet, 11 which said: “Write on a scroll what you see and send it to the seven churches: to Ephesus, Smyrna, Pergamum, Thyatira, Sardis, Philadelphia, and Laodicea.”

What does John see? He tells us (it is not a secret) 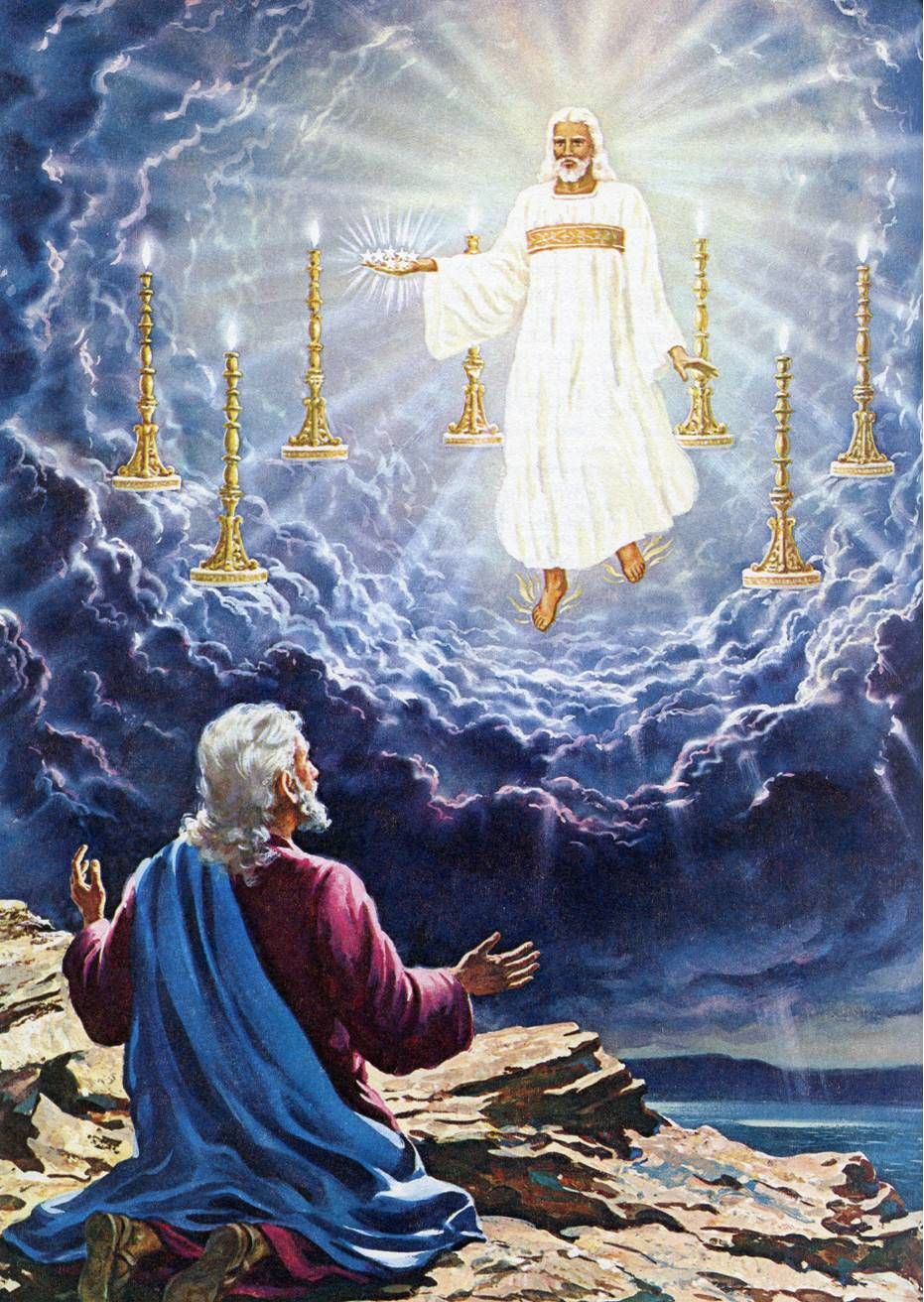 The purpose of writing these letters was stated in chapter 1:  3 Blessed is the one who reads aloud the words of this prophecy, and blessed are those who hear it and take to heart what is written in it because the time is near. (This entire Book is to be read to every Church and YOU)

Chapter 2 and 3: The Seven Churches. Each church fits the history we studied when reading Paul’s letters. HOWEVER, we are still in the ‘Church Age,’ SO this is a literal interpretation of Churches (better stated: people in the Church) TODAY.

Ephesus: Orthodox Church, “cold,” legalistic, ritual…(Ephesus has a lot of history: Aquila and Pricilla, Timothy, Apollos, the Temple to Artemis, the Roman governor likes there) There was an “external presence” of this church…but not in Love with Jesus anymore, just the rituals)

Smyrna: The persecuted church. Emporer Domitian required sacrifices to be made to him as pagan worship. Christians were refusing and being persecuted for it. (we have these all over the world still). Notice, nothing negative is said to them.❤️

Pergamum: The “worldly” church. Just like Balaam had seduced the Israelites, the church was being seduced by worldly views (like Gnostismism: pleasure, lust, fleshly desires).

Thyatira: The church that tolerates sin. Women (like Jezebel) were leading believers into sin, and the church tolerated it.

Sardis: Spiritually dead. They have a long history, but in the end, they were going through the motions but were spiritually dead on the inside.

Philadelphia: (brotherly love). They had little strength (not rich), they kept God’s word, they did not deny His name in persecution, and they persevered. ❤️

Laodicea: The Lukewarm Church.🤮. This letter is the harshest of them all. Laodicea’s water came from an aqueduct traveling several miles before it reached the city: it arrived lukewarm, dirty, and made them sick. He uses this analogy to show his repulsiveness of their situation. It was a wealthy city and a medical center for the area. These people have no interest in Jesus, His Word, or His Church….but they attend church. 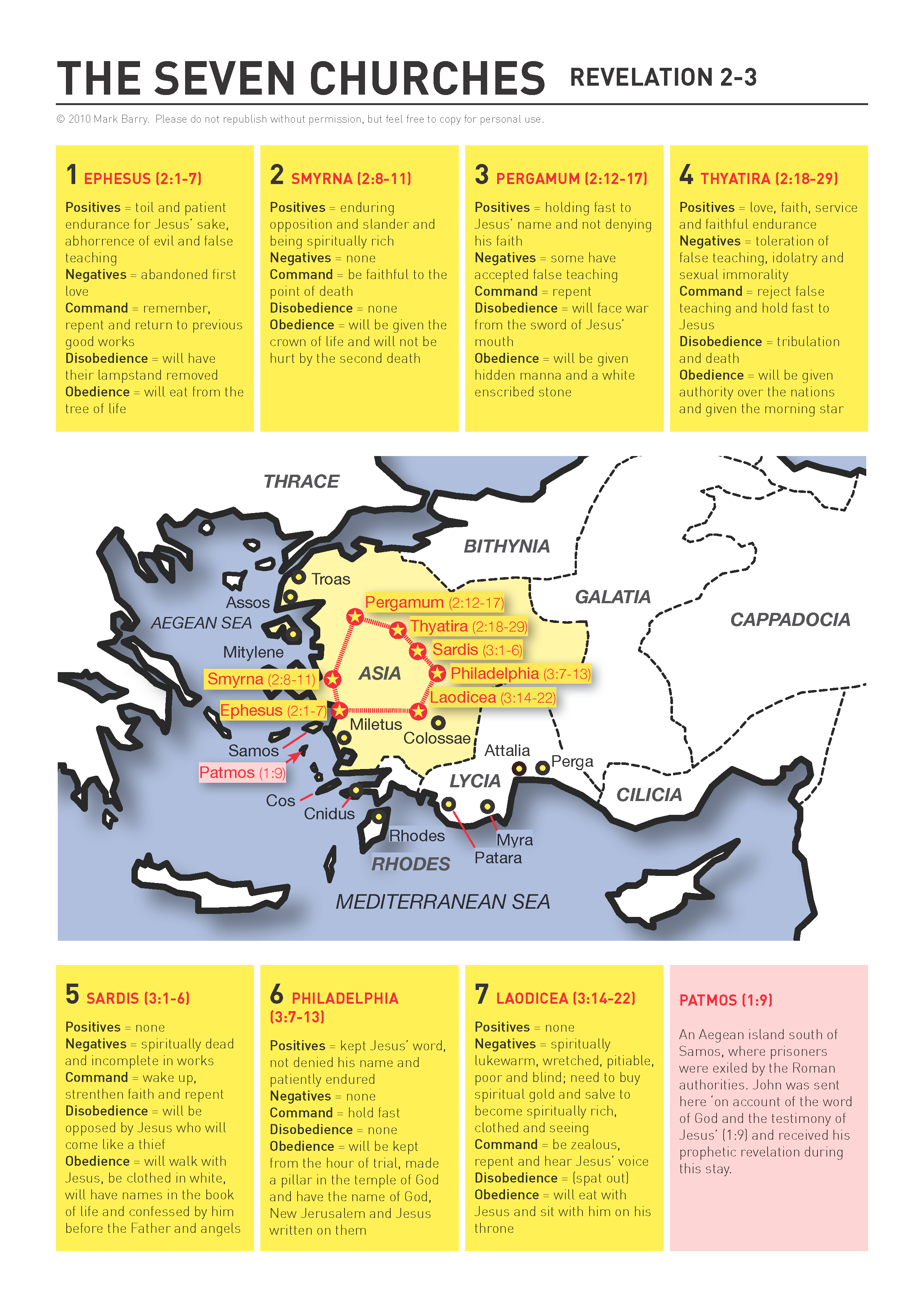 After this, I looked, and there before me was a door standing open in heaven. And the voice I had first heard speaking to me like a trumpet said, “Come up here, and I will show you what must take place after this.

Could you imagine being lifted up to get a glimpse of heaven! (notice even John could not find the words, he says “like” a lot)

The Lord is surrounded by 24 Elders (12 Sons of Israel and the 12 Apostles). There are 4 creatures (Remember them from Daniel and Ezekiel? As they are “casting crowns”🎶 They worship the Trinity (3 Holies)

is the Lord God Almighty,’ 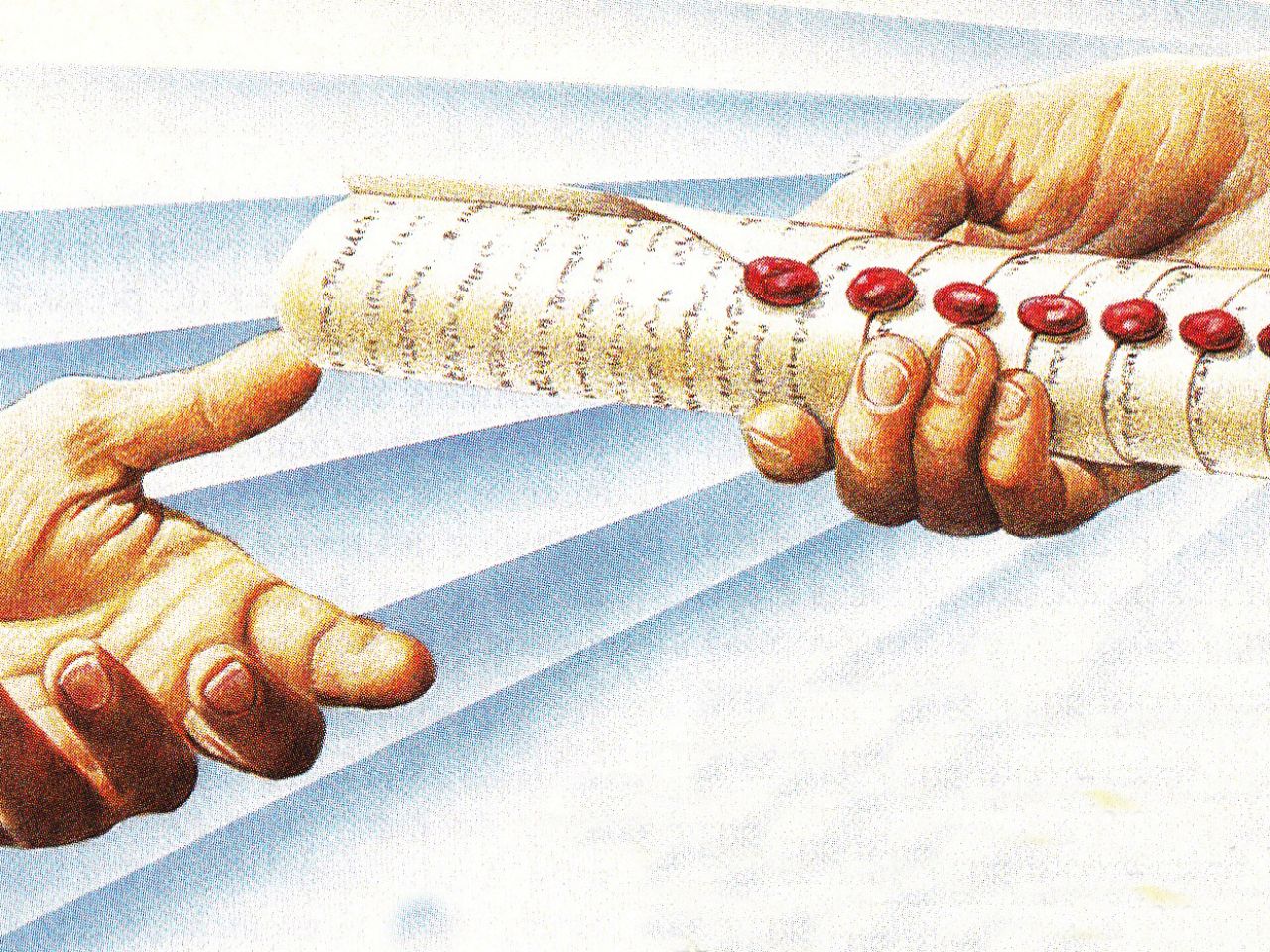 Think back to the Tabernacle/Temple: the incense repressed our prayers.

Psalm 141:I call to you, Lord, come quickly to me;
hear me when I call to you.
2 May my prayer be set before you like incense;
may the lifting up of my hands be like the evening sacrifice

“You are worthy to take the scroll
and to open its seals,
because you were slain,
and with your blood you purchased for God
persons from every tribe and language and people and nation.
10 You have made them to be a kingdom and priests to serve our God,
and they will reign on the earth.”

What is the scroll?? 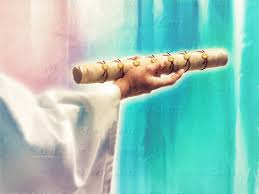 Do you remember the term Kinsman Redeemer? (from Ruth). In Biblical terms, it is a male relative who, according to the Law, had the privilege or responsibility to act for a relative who was in trouble, danger, or need of vindication. A kinsman-redeemer can deliver, rescue, or redeem property/people. The scroll is a deed to the Earth. He is redeeming it. He is the only one worthy to open the seals to the deed. Who is He redeeming it from??

I literally have notes on each scripture. So if you want me to expound on any of them, I WILL!

NOW, go back to the top and listen to the music ❤️