So in 2021, where do the Jewish people fit into the equation?  I am asked all the time.  What happens to them if they are the “chosen” people (and they are)?

Paul confirms that Israel has rejected faith in Christ for the most part. So has God totally rejected them? We need to be careful not to boast and assume God has written them off.  Or, as Paul states it, “By no means”!  After all, Paul himself is an Israelite who has come to faith in Christ and has been saved, showing that it is possible for all Jewish people.  Paul refers to Jewish people who have turned to Christ as a “remnant,” comparing them to the “remnant” of those in Israel who had not bowed to Baal in Elijah’s day.

As I was reading today, I came across one of my all-time favorite scriptures in the whole Bible. Unfortunately, because of my legalistic upbringing (which was so theologically polluted), this is now  a scripture I cling to:

6 And if by Grace, then it cannot be based on works; if it were, Grace would no longer be Grace.

If you add anything to those 3 dots…then Grace wasn’t enough??  Grace IS Enough.

So why did God:

For the same reason, He hardened Pharoah’s heart.  To open the door.  If the Jewish people had accepted Christ, He would be the Savior to the Jews.  Instead, making Jesus a stumbling block, it opened the door for both JEWS and GENTILES.

So we can confidently say, Gentiles were grafted into God’s plan of Salvation.  Here is a visual of “grafting.” 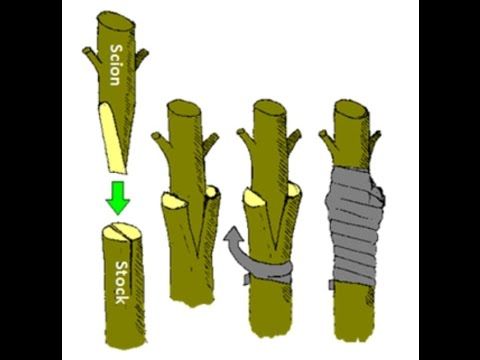 The main branch may be cut off, but the roots remain alive.  The new branch is attached to it, and it grows and produces fruit.

17 If some of the branches have been broken off, and you, though a wild olive shoot, have been grafted in among the others and now share in the nourishing sap from the olive root, 18 do not consider yourself to be superior to those other branches. If you do, consider this: You do not support the root, but the root supports you. 19 You will say then, “Branches were broken off so that I could be grafted in.” 20 Granted. But they were broken off because of unbelief, and you stand by faith. Do not be arrogant, but tremble. 21 For if God did not spare the natural branches, he will not spare you either.

So what is the plan for the Jews if they were cut off and we were grafted in??

23 And if they do not persist in unbelief, they will be grafted in, for God is able to graft them in again. 24 After all, if you were cut out of an olive tree that is wild by nature, and contrary to nature were grafted into a cultivated olive tree, how much more readily will these, the natural branches, be grafted into their own olive tree!

God has a plan to bring back the nation, the natural branches. 😁. The door is open right now for the Gentiles.  BUT there is a number of people that will be saved, and when we hit that number (it could be today), He will reveal Himself to the nation again.

Is that crystal clear or clear as mud?

33 Oh, the depth of the riches of the wisdom and knowledge of God!
How unsearchable his judgments,
and his paths beyond tracing out!
34 “Who has known the mind of the Lord?
Or who has been his counselor?”
35 “Who has ever given to God,
that God should repay them?”
36 For from him and through him and for him are all things.
To him be the glory forever! Amen.

Romans 1—11 focused on the doctrine of Salvation by God’s Grace and through our faith in Jesus. Knowing this, HOW then should those saved by God’s Grace live today? Many people live life because they assume “We are not under the law, God forgives us,”….as if that is a hall pass to live any way we want.  Ummm, no.  Romans 12 begins to answer that question of how we are to live.

Chapter 13…a topic we have had great discussions about this year.

I literally just deleted my whole paragraph on purpose.  I will just let chapter 13 fall on you without a word from me.  It is that good!