The first 7 verses are an overview and summary of the entire book of Romans.  (You could literally stop here).  But I say we read it anyway!

Paul tells them that they have heard about their Faith: 8 First, I thank my God through Jesus Christ for all of you because your faith is being reported worldwide.

Then he assures them that he wants to visit them:13 I do not want you to be unaware, brothers and sisters, that I planned to come to you many times.

He has a desire to preach the Gospel!

16 For I am not ashamed of the Gospel because it is the power of God that brings salvation to everyone who believes: first to the Jew, then to the Gentile. 17 For in the Gospel the righteousness of God is revealed—a righteousness that is by faith from first to last, just as it is written: “The righteous will live by faith.” (the verse that began the Protestant Reformation through Martin Luther)

36 “Teacher, which is the greatest commandment in the Law?”

So Paul opens the Letter to the Romans about “wrath.” (What a way to start a letter!).

18 The wrath of God is being revealed from heaven against all the godlessness and wickedness of people, who suppress the truth by their wickedness,

“Godlessness” means a lack of reverence for God. Man’s neglect of God and rebellion against God are evidence of ungodliness. “Unrighteousness” or “wickedness” means injustice toward other human beings. Together these two words show human’s failure to love God and other people as we should, which are the two greatest commandments. (the 10 commandments)

18 The wrath of God is being revealed from heaven against all the godlessness and wickedness of people, who suppress the truth by their wickedness, 19 since what may be known about God is plain to them because God has made it plain to them. 20 For since the creation of the world God’s invisible qualities—his eternal power and divine nature—have been clearly seen, being understood from what has been made, so that people are without excuse.

As you finish Chapter 1, it is essential to keep the scriptures together and in context.  The last 4 paragraphs go together.  Look at the transition words: For, Therefore, Because, and  Furthermore.

(Cause) God’s reaction to the suppression of Truth and their choice worship idols of the world and not the Lord-(effect) God handed them over to their own desires.  We suffer the consequences of being “on our own.”

Therefore, collectively as a world:

28 Furthermore, just as they did not think it worthwhile to retain the knowledge of God, so God gave them over to a depraved mind so that they do what ought not to be done. 29 They have become filled with every kind of wickedness, evil, greed, and depravity. They are full of envy, murder, strife, deceit, and malice. They are gossips, 30 slanderers, God-haters, insolent, arrogant, and boastful; they invent ways of doing evil; they disobey their parents; 31 they have no understanding, no fidelity, no love, no mercy. 32 Although they know God’s righteous decree that those who do such things deserve death, they not only continue to do these very things but also approve of those who practice them.

Yup, that about summarizes Earth.

11 For God does not show favoritism.

Many have become “soil inspectors” and “fruit inspectors,” looking at others rather than ourselves.    We mistake God’s “forbearance” (delaying judgment) and patience as a means of being Self Righteous.

Paul directly speaks to the Jewish people.  They believe their status as Jews places them above Gentiles. (Security)

17 Now you, if you call yourself a Jew; if you rely on the law and boast in God; 18 if you know his will and approve of what is superior because you are instructed by the law; 19 if you are convinced that you are a guide for the blind, a light for those who are in the dark, 20 an instructor of the foolish, a teacher of little children, because you have in the law the embodiment of knowledge and truth— 21 you, then, who teach others, do you not teach yourself? You who preach against stealing, do you steal? 22 You who say that people should not commit adultery, do you commit adultery? You who abhor idols, do you rob temples? 23 You who boast in the law, do you dishonor God by breaking the law? 24 As it is written: “God’s name is blasphemed among the Gentiles because of you.”

We know how important circumcision is for the Jews.  And it is.  BUT Paul said it best:

9 What shall we conclude then? Do we have any advantage? Not at all! For we have already made the charge that Jews and Gentiles alike are all under the power of sin. 10 As it is written:

You can skip this part, but it was just too beautiful not to post:
21 But now apart from the law the righteousness of God has been made known, to which the Law and the Prophets testify. 22 This righteousness is given through faith in Jesus Christ to all who believe. There is no difference between Jew and Gentile, 23 for all have sinned and fall short of the glory of God, 24 and all are justified freely by his grace through the redemption that came by Christ Jesus. 25 God presented Christ as a sacrifice of atonement, through the shedding of his blood—to be received by faith. He did this to demonstrate his righteousness, because in his forbearance he had left the sins committed beforehand unpunished— 26 he did it to demonstrate his righteousness at the present time, so as to be just and the one who justifies those who have faith in Jesus. ❤️
December 7, 2021December 6, 2021 ~ Patricia ~ Leave a comment

We know very little about the founding of the church in Rome.  It is believed that a group of Jewish Christians were the founders.  It is possible that these Jews became believers in Jerusalem on the day of Pentecost (Acts 2:10) or at some other time relatively early in the church’s history.  By the time Paul wrote Romans, the church in Rome was famous throughout the Roman Empire for its faith.

Paul quoted more often from the Old Testament in this epistle than in all the other epistles combined.

Who should read Romans?  Well, this is not a book I would read to an unbeliever.  The mere fact that they are “veiled” would make this book read like a Japanese manuscript.  This book is for believers who want to understand and appreciate their salvation.  It is also a book of DOCTRINE.  “What we believe.”

Paul is in Corinth on his third mission trip there, and he is taking the collection, not to his pocket, but to Jerusalem. So he writes this letter to the Romans before he ever gets there.  He intends to go there but is afraid he may never make it there.  So he feels compelled to write this letter so that the churches in Rome would have a record on his account.  While he was in Corinth, a woman named Phoebe (not from Friends 😂) was headed to Rome, so he took that opportunity to have her carry that letter. 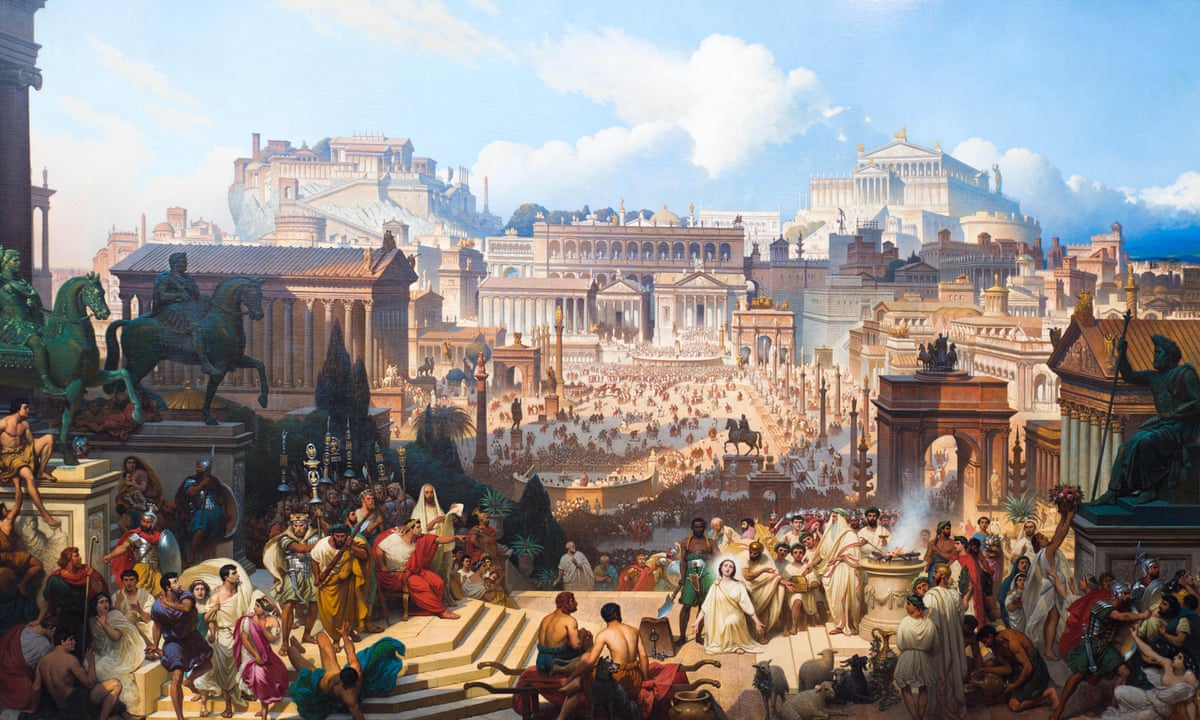 Rome was a HUGE city, the capital of the entire Roman empire.  There were, however, many churches there since there were  “visiting” Romans at the time of Pentecost that were able to go back to Rome and start churches after Peter’s Sermon (Acts 2). So Paul does make it to Rome about 3 years after the letter was written, under not-so-good circumstances.

The purpose of the letter to Rome was to convey that faith in the death and resurrection of Christ is the only ground of acceptance by God.  A God who shows no favoritism between Jew or Gentile.  We will read that we cannot do for ourselves what God has done for us.  Paul has a sense of sadness and struggles with the fact that Gentiles freely accept and receive the Gospel yet many Jews reject it.

The impact this letter will have on the world is incredible.    This book has changed the course of history for the churches today.  The Book of Romans has influenced such men as Augustine (Catholic Church), Martin Luther (Protestant Reformation), John Bunyan (not Paul the logger but the writer/ preacher of Pilgrim’s Progress), John Wesley (Methodist foundation), and many others.

What to expect to walk away with:

Words to look for: