This visual sums up the first paragraph:

God identified Himself to be sovereign over Jeremiah in that He:

The Lord gave Jeremiah two visions to clarify his message.  The first deals with the time of judgment and the second with the direction and nature of it. 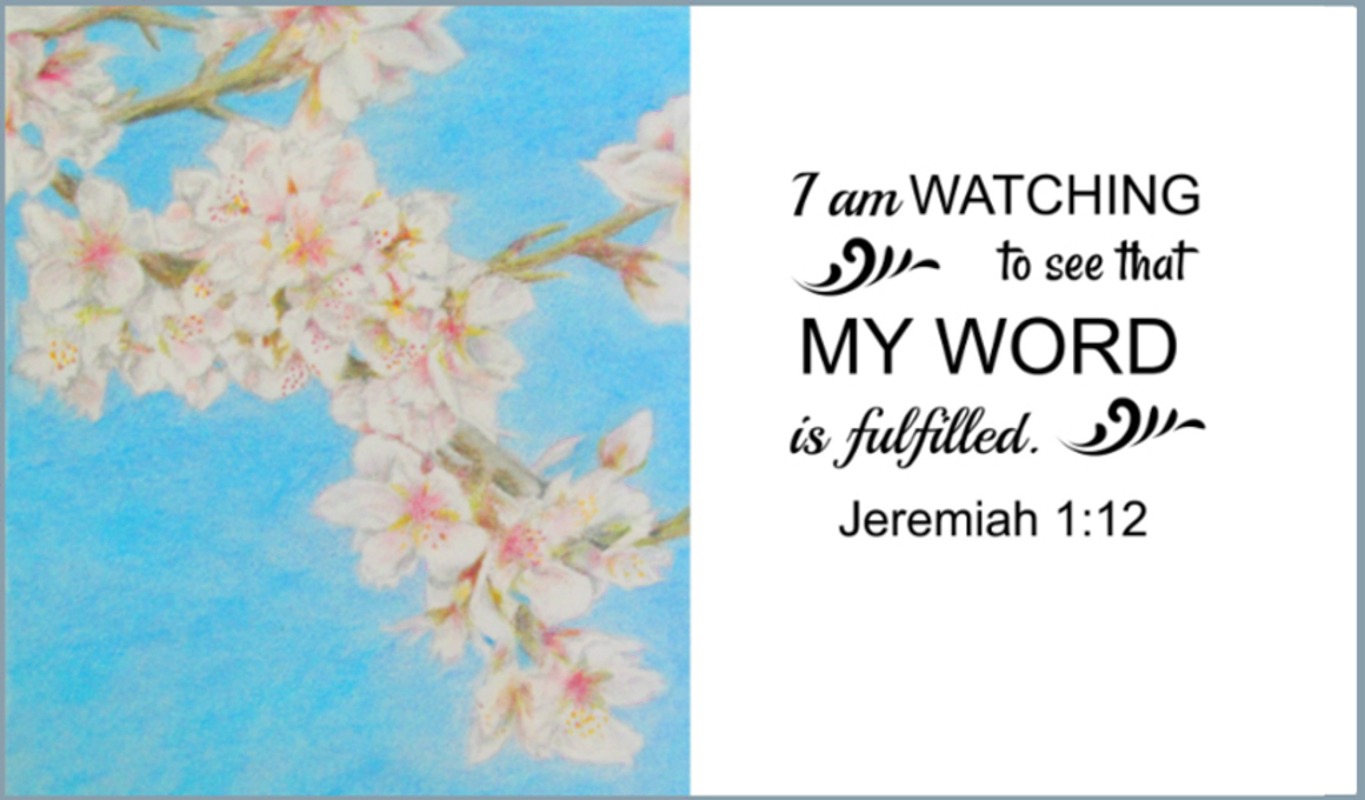 The connection with the almond branch is a play on words. “Almond” is ‘shaqed’ in Hebrew, which also means “awake.  “Watching” is shoqed. The meaning seems to be that just as the blooming of the almond branch announced that spring was near, so the prophet’s word would bring the prophecy awake.  (in the Spring).

The Lord directed Jeremiah to view a boiling pot that was tipped so that it was about to pour its contents out toward the south. The Lord explained that the contents of the boiling pot represented an evil that would overflow upon all the inhabitants of Judah from the north.  I believe this refers to Babylon.

16 I will pronounce my judgments on my people
because of their wickedness in forsaking me,
in burning incense to other gods
and in worshiping what their hands have made.

Chapter 2 broke my heart.  You can feel the Lord’s emotions

“What fault did your ancestors find in me,
that they strayed so far from me?

Have I not been there for you?

7 I brought you into a fertile land
to eat its fruit and rich produce.

Even the ones at  the temple do not really know me

Those who deal with the law did not know me;
the leaders rebelled against me.

You rejected my way and created your own way.

13 “My people have committed two sins:
They have forsaken me,
the spring of living water,
and have dug their own cisterns,
broken cisterns that cannot hold water.

Wait for it…You read the scriptures and think of “other” people and their sins, not your own!

This one is really personal: Where is the “world” for you now.  You ONLY come to me when you need me.  Ouch!

28 Where then are the gods you made for yourselves?
Let them come if they can save you
when you are in trouble!
For you, Judah, have as many gods
as you have towns.

Chapter 3:-The Lord speaks of His people in a marriage to Him

“If a man divorces his wife
and she leaves him and marries another man,
should he return to her again?
Would not the land be completely defiled?
But you have lived as a prostitute with many lovers—
would you now return to me?”
declares the Lord.

Judah SAW what happened to Israel and the Lord wanted Judah to learn from that:

11 The Lord said to me, “Faithless Israel is more righteous than unfaithful Judah

Soak that up for a minute!  The world looks better than the Church at times!

And it ends with:

THIS IS GOING TO BE A GREAT BOOK!!!!  I read it once today and then listened to it.  What stood out to you?