If you opened your Bible 87 days ago to these chapters many of us would not know who the names were,  where this land is, or why this is important.  So this might not be exciting to read, but it is pretty stinking cool that you could explain the overview of it to someone who has not read a Bible.

So as you read, listen or let’s be transparent…skim a little.  Here is a fun activity for you while doing it.  As you read them,  color them. 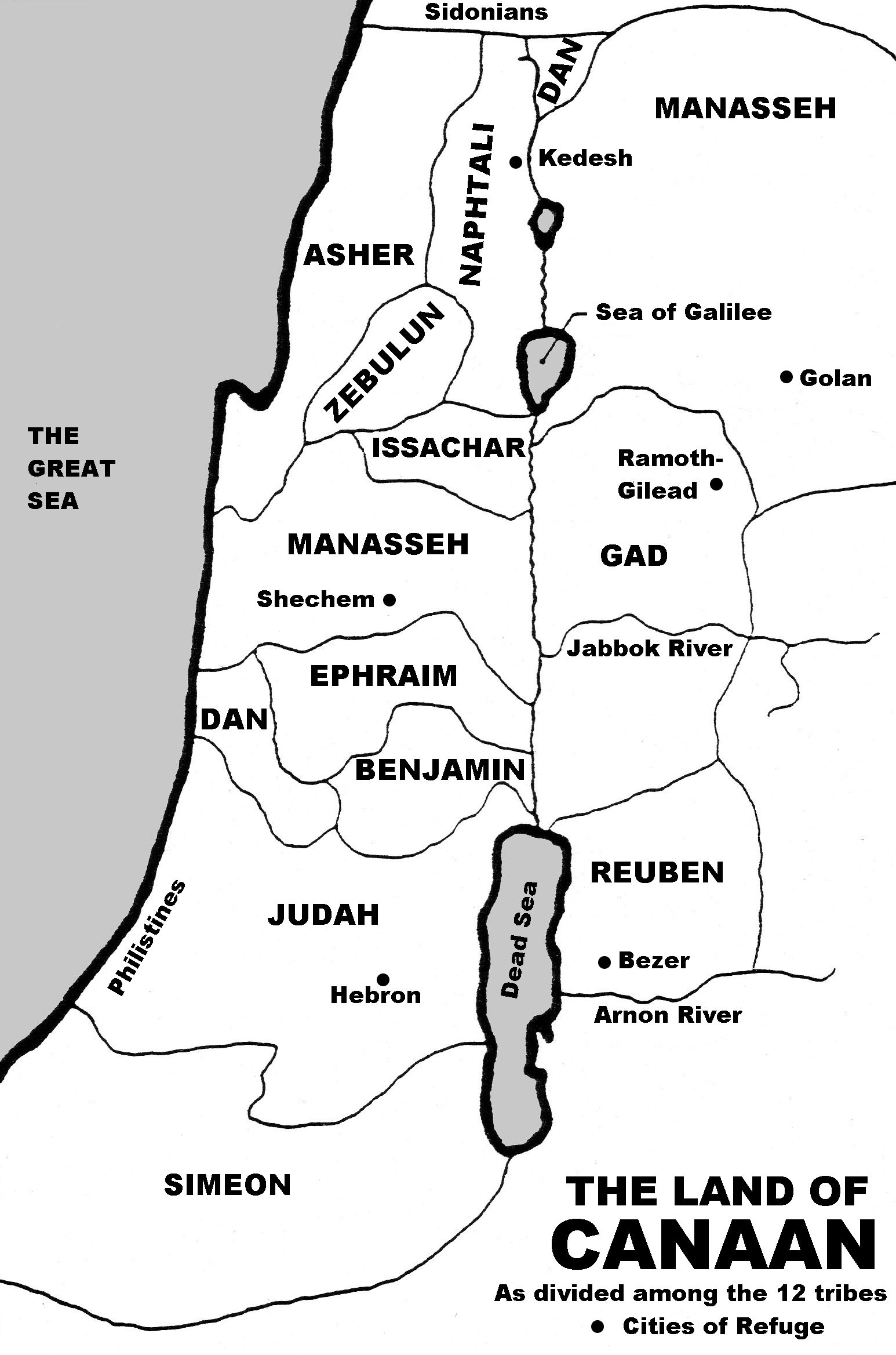 Chapters 13—24 describe how Joshua divided the land, and the events following that division, including the settlement of the tribes and national rededication. Many, if not all, of the Israelite tribes, did not conquer or control all the land allotted to them.   At the end of the seven-year period of conquest, Israel occupied very little of the Promised Land. Consequently, dividing all the land among the tribes required great faith, that God would eventually give His people all of it. Joshua (well, the Lord) had removed the significant military threats to Israel’s existence. From now on, each tribe was responsible to conquer its own designated territory. 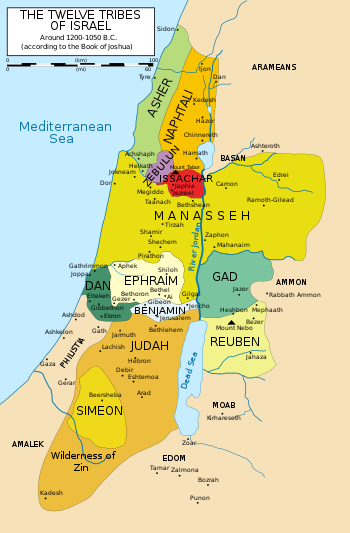 Tribes on the East side of the Jordan River-(Transjordan Tribes)-

8 The other half of Manasseh, the Reubenites and the Gadites had received the inheritance that Moses had given them east of the Jordan, as he, the servant of the Lord, had assigned it to them.

Reuben, Gad, and half of Manasseh.  These tribes requested this land, and Moses approved AS LONG AS they joined the army and fought the battles and then returned to that land.

Quick little assessment: Read this and tell me if there is ANY part of it you do not understand?

Eleazar the high priest, Joshua, and the heads of the tribes took the leadership in dividing the portion of the land by “casting lots”.  (The stones the High Priest used to confer with God when a decision was to be made. The stones were called the Urim and Thummim) 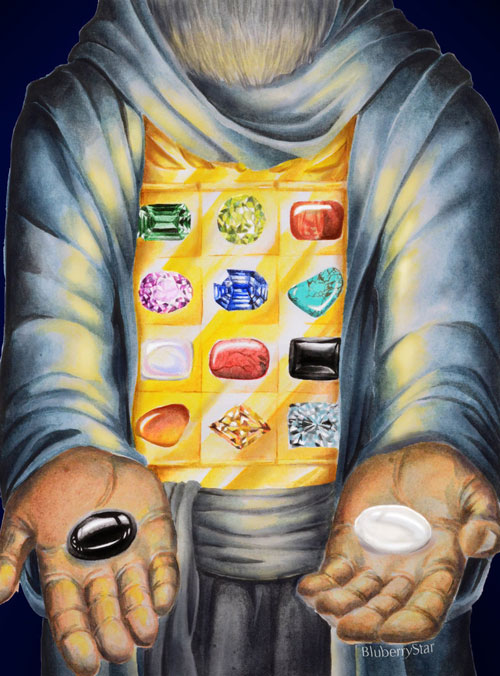 Moses had promised Caleb land in Canaan but had not specified its location. The reason for this special blessing was Caleb’s faithfulness to God.  The portion that Caleb requested was within the tribal allotment of Judah.

Caleb was from the tribe of Judah and he was given Hebron.  If you went back to Genesis 23, this was the land that Abraham purchased knowing one day they would claim the land.  He purchases Hebron to be a burial site for his wife.  Actually, Patriarchs: Abraham, Isaac, and Jacob, and the Matriarchs Sarah, Rebekah, and Leah, are buried there.  Hebron also will become King David’s first capital (before Jerusalem)

The tribe of Judah probably received first consideration in the text, because it was this tribe that had received Jacob’s blessing. It was also the largest tribe.  This part of Canaan contained four distinct regions: the southern
Negev, the lowland plain (Shephelah), the mountains (hill country), and the desert.

“Othniel” (put his name in your pocket) later became one of Israel’s prominent judges.  He was Caleb’s younger brother.

It ended today with:

63 Judah could not dislodge the Jebusites, who were living in Jerusalem; to this day the Jebusites live there with the people of Judah.

Will this become an issue? Well, I would say YES since we have been reading…

On that day the Lord made a covenant with Abram, saying…“To your offspring, I give this land,  the land of the Kenites, the Kenizzites, the Kadmonites, the Hittites, the Perizzites, the Rephaim, the Amorites, the Canaanites, the Girgashites and the Jebusites.”

I am going to give you some scriptures to go underline so when we get there it will be cool to read:

Judges  1:19- The Lord was with the men of Judah. They took possession of the hill country, but they were unable to drive the people from the plains, because they had chariots fitted with iron.20 As Moses had promised, Hebron was given to Caleb, who drove from it the three sons of Anak. 21 The Benjamites, however, did not drive out the Jebusites, who were living in Jerusalem; to this day the Jebusites live there with the Benjamites.

If you want to read a story that you NEVER thought you would read in the Bible…read Judges 19!  If ONLY they had been able to stay the night in the city of the Jebusites.   This is an “OH MY”.

11 When they were near Jebus and the day was almost gone, the servant said to his master, “Come, let’s stop at this city of the Jebusites and spend the night.”12 His master replied, “No. We won’t go into any city whose people are not Israelites. We will go on to Gibeah.”    What happens next??  Read Judges 19.  wow.

Next flip to 2 Samuel 5:6 The king and his men marched to Jerusalem to attack the Jebusites, who lived there. The Jebusites said to David, “You will not get in here; even the blind and the lame can ward you off.” They thought, “David cannot get in here.” 7 Nevertheless, David captured the fortress of Zion—which is the City of David.

So how long will we be reading about the Jebusites since the Israelites did not obey the Lord FULLY??  I am going to fast forward to Sept 25th.  (Not a typo)

9 After these things had been done, the leaders came to me and said, “The people of Israel, including the priests and the Levites, have not kept themselves separate from the neighboring peoples with their detestable practices, like those of the Canaanites, Hittites, Perizzites, Jebusites, Ammonites, Moabites, Egyptians and Amorites. 2 They have taken some of their daughters as wives for themselves and their sons, and have mingled the holy race with the peoples around them. And the leaders and officials have led the way in this unfaithfulness.”

You know I don’t do “application”, you have a Holy Spirit for that.  BUT what is your Jebusite?  If you leave a ‘little’ Jebusite in your life it will come back to haunt you.  I have about 500 Jebusites I can list I should cut out of my life…