OK, I did not post this morning.  I woke up early as I always do.  Like every morning I make coffee, feed the dogs, throw a load in the washer…(this is where I am supposed to say and opened my Bible).  But I went back to sleep!  When I woke up the sun was up (usually it is dark).  To be transparent, I looked at my Bible and I looked at the remote…and I chose the remote and watched TV ☹️.    Then I got 2 comments put on yesterday’s reading asking for today’s post?  It made me feel so good that someone noticed. ❤️.

I know this reading may appear boring but it is not.  Take a look.  I ALSO put 3 trivia questions on this one!  Try them.  What do you have to lose?

Who are Manasseh and Ephraim?  They are Joseph’s two sons that were adopted as equal tribe leaders of Israel. 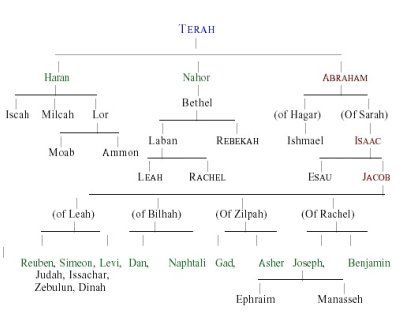 The eastern half-tribe of Manasseh had already received its inheritance, and the remaining “half-inheritance” would have been small compared with the other tribes. These one and one-half tribes together formed a large group of Israelites. Their lot fell in central Canaan, and their territory consisted of two parts: with Ephraim settling in the southern portion, and Manasseh in the northern. A single lot determined the inheritance of both Ephraim and Manasseh, which resulted in Ephraim complaining later (17:14-18).

The Lord commanded Moses to give us an inheritance among our relatives.

Trivia: Do you remember this?  What chapter in the Bible was this?

More BAD NEWS!12 Yet the Manassites were not able to occupy these towns, for the Canaanites were determined to live in that region. 13 However, when the Israelites grew stronger, they subjected the Canaanites to forced labor but did not drive them out completely.

Chapter 18.  Joshua is at Shiloh.  Find it on your land distribution map.  Shiloh is in the Division of Ephraim. (It is going to come up 33 times in our reading).

The rest of the land is divided by the continuing process of “casting lots”.

So you have all figured out how weird my brain is…I picture this scene like a Vegas Craps table….”C’mon, C’mon….give mamma a river or a coastline”….It WAS NOT LIKE THAT…just in my head!

18:3 So Joshua said to the Israelites: “How long will you wait before you begin to take possession of the land that the Lord, the God of your ancestors, has given you?

Uh oh…looks like they are losing steam now that they feel “comfortable” in the land with all the major kings destroyed. I wonder if they will get lazy and start to ignore God’s commands?  So what I am hearing is “When things are going my way, I tend to ignore God?” (This is the conversation in my head, just ignore me)

Trivia #3- Which tribe in the Reading would not receive land?  Because I am a teacher I am going to also say “Explain your answer”.