The Israelites celebrated the Passover and the Festival of Unleavened bread to commemorate their Exodus from Egypt out of slavery.  On this day the Lord stopped providing manna.  To be transparent,  I totally forgot about the manna until I read this.  From here forward they will now eat from the land.

Jericho- Let’s start with some visuals: 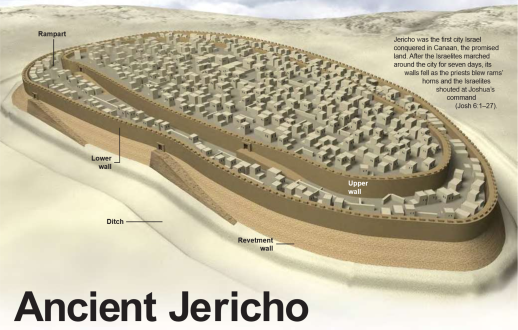 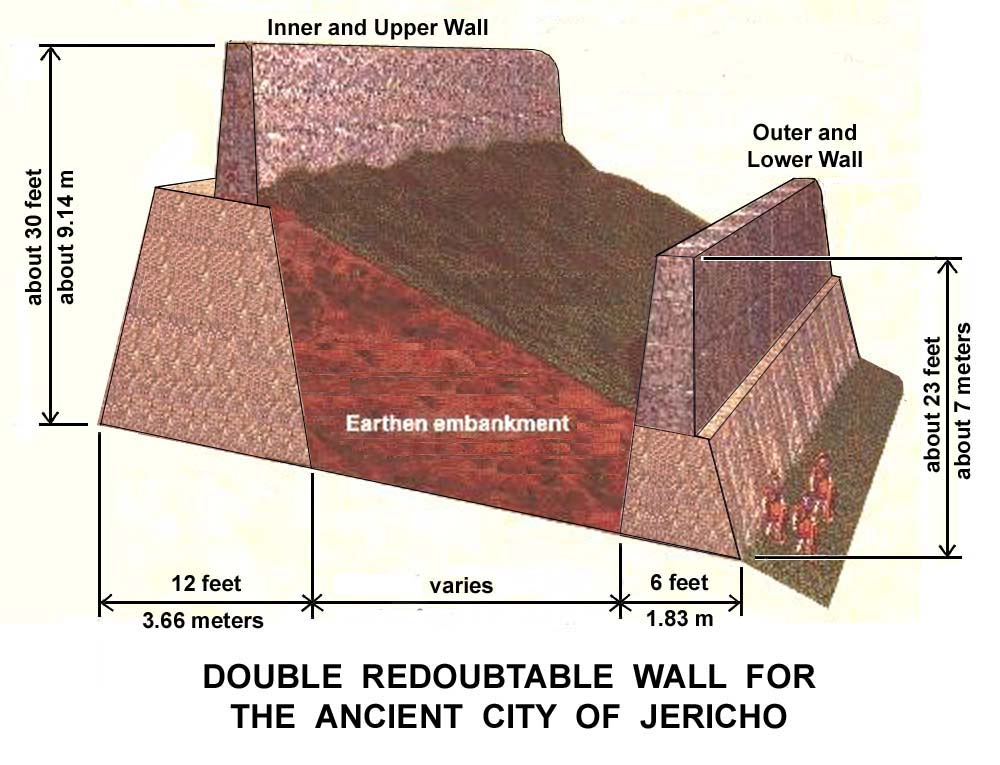 Israel’s army had no siege engines, no battering rams, no catapults, and no moving towers like in Game of Thrones 😋 . Their only weapons were slings, arrows, and spears—which were like straws against the walls of Jericho.  While Joshua was approaching the city walls,  a “man” was standing there with a message from the Lord. I am looking for help on this.  Is this an Angel with a message from the Lord or an incarnate figure of the Lord?  Please let me know your thoughts.

Either way, this manifestation is humbling and Joshua takes off his sandals in reverence.

The instructions to prepare for battle are given:

Go back to Numbers 10:8 “The sons of Aaron, the priests, are to blow the trumpets. This is to be a lasting ordinance for you and the generations to come. 9 When you go into battle in your own land against an enemy who is oppressing you, sound a blast on the trumpets. Then you will be remembered by the Lord your God and rescued from your enemies. 10 Also at your times of rejoicing—your appointed festivals and New Moon feasts—you are to sound the trumpets over your burnt offerings and fellowship offerings, and they will be a memorial for you before your God. I am the Lord your God.”

I could sit in these chapters all day and talk about the Feast of Trumpets…let me put it to you this way…if you hear a loud trumpet sound, and people disappear, but you are still here…panic!  The Feast of Trumpets will occur at the Rapture.  Also, there will be 7 trumpet blasts in Revelation.  Oh my stars…can you imagine how great this read-through is going to be when we get to Revelation…STAY WITH IT!   Ok, Ok…back to Joshua!

The trumpets blasted and the men shouted and the Walls Collapsed.  By the way, archeologists have proven that the walls fell forward! Completely corroborating that the Lord won this battle. Rahab and her family are ushered out just as promised 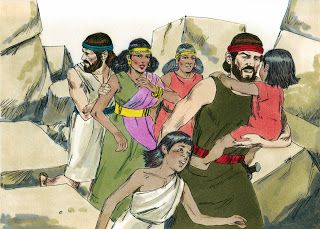 Chapter 6 ends with a warning “Cursed before the Lord is the one who undertakes to rebuild this city.” Have you ever heard of Ahab?  NO?  What about his wife Jezebel?   Guess who refortified the city??

But keep away from the devoted things, so that you will not bring about your own destruction by taking any of them. Otherwise you will make the camp of Israel liable to destruction and bring trouble on it.

Joshua, after giving the Israelites this warning sent out only 3,000 warriors to take Ai.  After all, it was small potatoes compared to Jericho.  What Joshua did not know was Achan would bring destruction to the Israelites through his sin.

I am going to leave this story application between you and God.  I am sure He spoke to you about something in your life you have hidden that He sees.

The Lord sets the Israelites out now to defeat the city of Ai in an ambush attack.  I picture Joshua using X’s and O’s like a football play, drawing it in the sand. 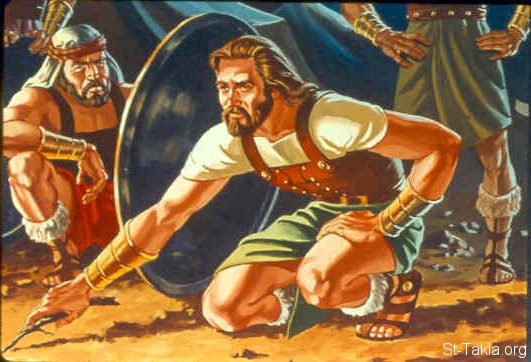 This time they are given the command to take the plunder.  The first battle was the equivalency of the “firstborn or first fruit”.  That one was dedicated to the Lord (no plunder).  NOW they may.  Jericho was to be destroyed but this city will be used as provisions for the Israelites.  Ai in Hebrew means “Ruin”, and that is exactly what happens to this city (to this day).  If you look at Bible maps you will usually see it with a question mark because it was destroyed and cannot be found to this day. 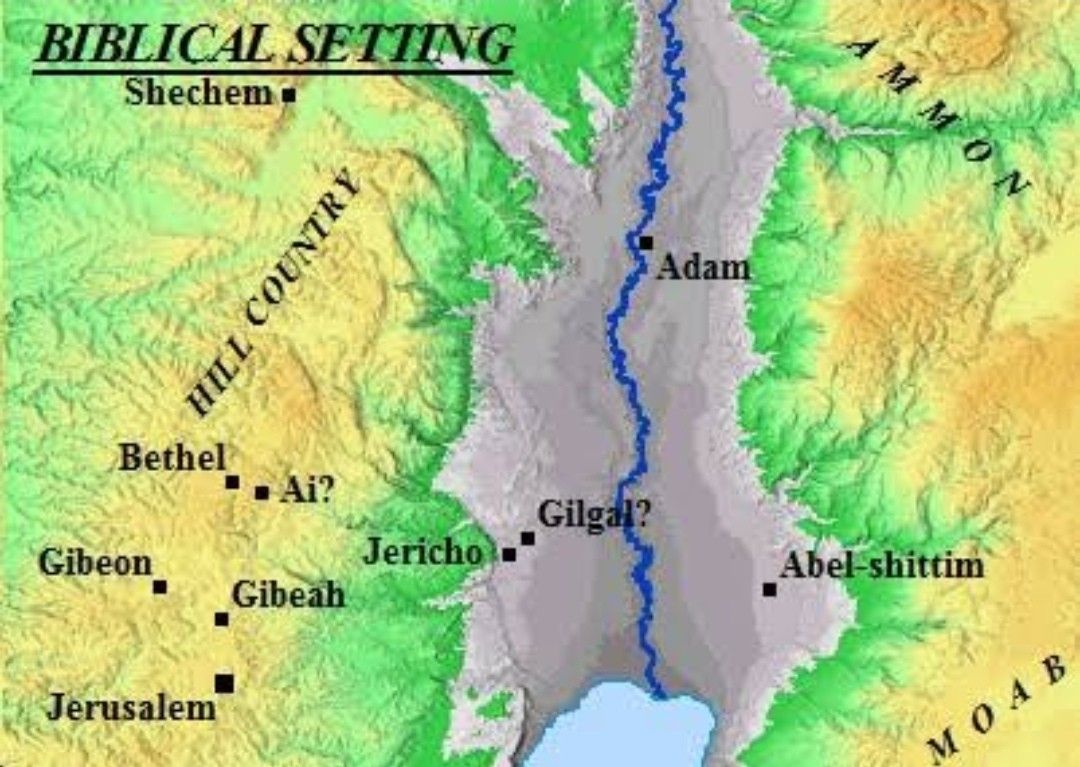 The Israelites return to where the Blessings and Curses were read near Gilgal and read the commandments again.  They made an altar to the Lord and at this time were following the Law.