The Gibeonites decided that if they could not defeat the Israelites, they would join them. Gibeon stood seven miles south of Bethel. It was one of the largest towns in the central part of Canaan, larger than Ai. The Gibeonites deceived the Israelites and pretended to fear the Lord, but their objective was to save their own lives. So now the Israelites are stuck between a rock and a hard place when they find out about the deception.  It was their fault for getting into the mess because in 9:14 it states they did not inquire of the Lord.  However, they chose to honor their oath since in Numbers 30:2 God stated:

“This is what the Lord commands: When a man makes a vow to the Lord or takes an oath to obligate himself by a pledge, he must not break his word but must do everything he said.

In the end, they made the right choice:

(Unfortunately, in a couple of weeks we will read that our first King, Saul will break this treaty and attacks them in 2 Sam. 21, bringing a judgment of famine to the Israelites.  Why Saul???)

The news of the powerful Gibeonites treaty with the Israelites raises red flags to the other major cities and they ban together.  Look at the map again at the yellow dots: Kings of Jerusalem, Hebron, Jarmuth, Lachish, and Eglon (verse 10:5).

However, instead of attacking the Israelites, they target the Gibeonites.  The Lord honors the keeping of the oath and the Lord takes over this massive battle in 3 ways:

The battles we are reading appear to go quickly, but note that this is over a 7 year period.  After the victory over the Amorite Kings, the Israelites conquer the major cities in the South and the North. 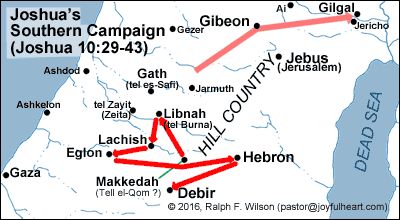 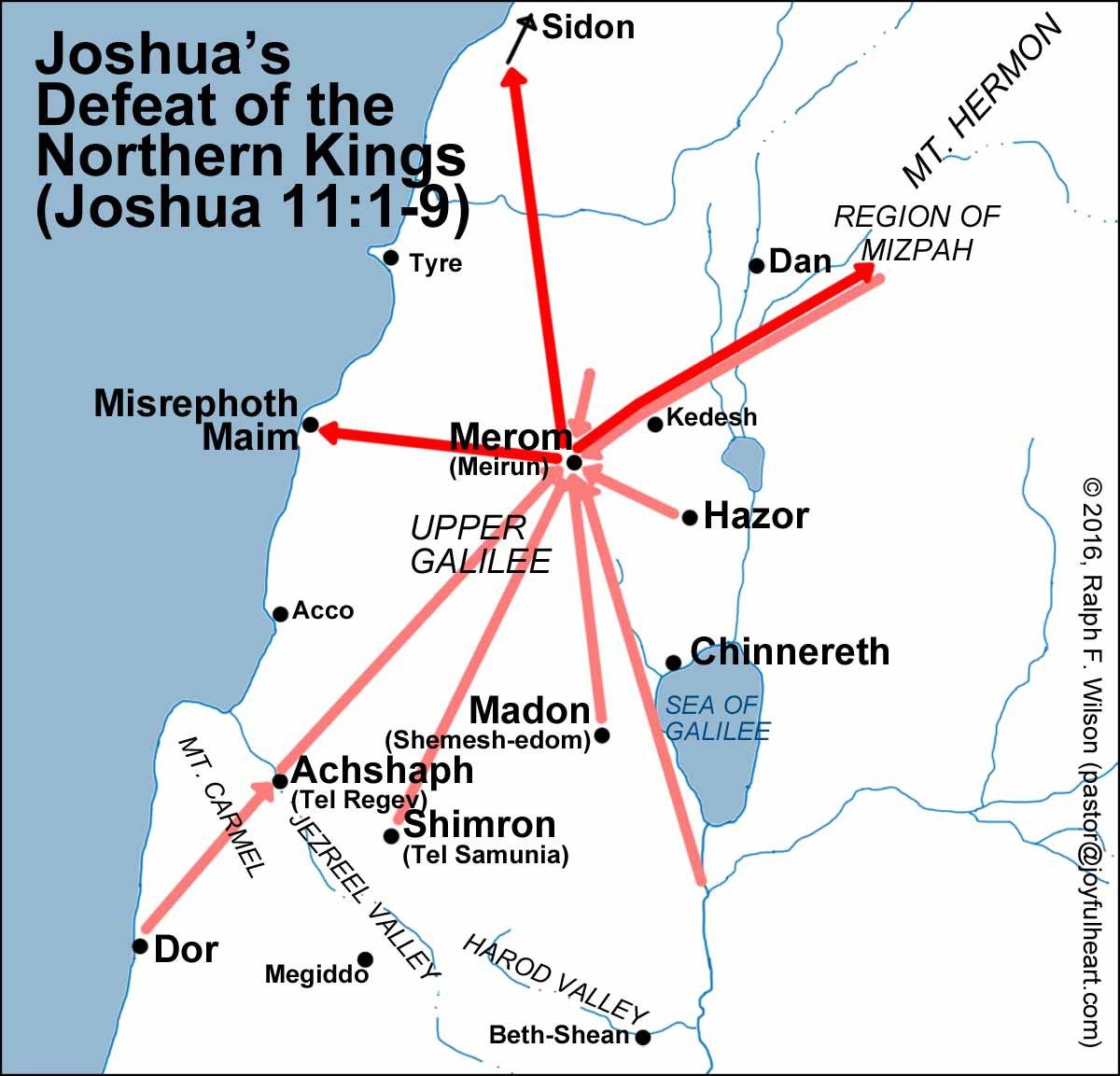 When you read about these battles, keep in mind ONLY the Lord could bring these victories to the Israelites.  We are in the midst of the Bronze age and cities like Havor are a city that had ramparts, horses, and chariots.  Joshua went back himself to burn this city. (this is, by the way, the largest archeological site in Isreal with 3 feet of ash to dig through.   We continue to find artifacts, weapons, tools, and cuniform tablets that affirm these events.)