Chapter 8: The lighting of and continual burning of the lamps in the tabernacle symbolized the consecration of the Levites, who were to represent the whole nation as lights to the world. The high priest was in charge of the lampstand.  This is was the final task before the journey, setting apart the Levites as the priesthood.

Picture for a moment how dark it would be without the lampstand.  Have you ever lost power in your house.  You light a candle, and suddenly the whole room is lit. Without it you would sit in darkness.  We are spending so much time thinking about this tabernacle because it is a foreshadow of Jesus.  We are also spending so much time on the Priesthood because they are a foreshadow of believers.  The Levites are being set apart, as HIS.  This is you.

John 1:9 “The true light that gives light to everyone was coming into the world” (Jesus/Lampstand)

Matthew 5 14 “You are the light of the world. A town built on a hill cannot be hidden. 15 Neither do people light a lamp and put it under a bowl. Instead, they put it on its stand, and it gives light to everyone in the house. 16 In the same way, let your light shine before others, that they may see your good deeds and glorify your Father in heaven.

9 But you are a chosen people, a royal priesthood, a holy nation, God’s special possession, that you may declare the praises of him who called you out of darkness into his wonderful light. 10 Once you were not a people, but now you are the people of God; once you had not received mercy, but now you have received mercy.- 1 Peter 2:9

Finally…The anniversary of the Passover (Exodus 12).  It has been 1 year since they have been freed as slaves.  They spent time learning and now it is time to go into the world and be that light.  God graciously allows all to participate, even though some are considered unclean(exposure to a corpse), He always has a plan.

Don’t skim this part. this is a good one.  From here to the end of Revelation we are going to read about many Trumpet blows.  Actually 114 times.

The Lord said to Moses: 2 “Make two trumpets of hammered silver, and use them for calling the community together and for having the camps set out. 3 When both are sounded, the whole community is to assemble before you at the entrance to the tent of meeting… 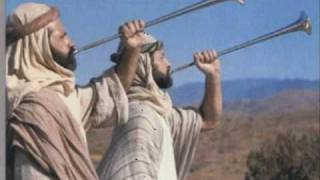 8 “The sons of Aaron, the priests, are to blow the trumpets. This is to be a lasting ordinance for you and the generations to come. 9 When you go into battle in your own land against an enemy who is oppressing you, sound a blast on the trumpets. Then you will be remembered by the Lord your God and rescued from your enemies. 10 Also at your times of rejoicing—your appointed festivals and New Moon feasts—you are to sound the trumpets over your burnt offerings and fellowship offerings, and they will be a memorial for you before your God. I am the Lord your God.”

1 Thessalonians 4 (when the church is Raptured before End Times)

16 For the Lord himself will come down from heaven, with a loud command, with the voice of the archangel and with the trumpet call of God, and the dead in Christ will rise first. 17 After that, we who are still alive and are left will be caught up together with them in the clouds to meet the Lord in the air. And so we will be with the Lord forever. 18 Therefore encourage one another with these words.

Should we even talk about the trumpets in Revelation!!  I CAN ALL DAY.  (But I have a lot of laundry to catch up on…so I won’t torcher you)   But a fun thing to do would be to circle them in your BIBLE as we keep reading.  One is coming up soon when we get to Jericho 😁)

The cloud is moving!  Amazing that they follow without knowing the destination.  God tells them to go, and they do.  Faith.  Trust.   One of my favorite scriptures is Hebrews 11:1 “Now faith is confidence in what we hope for and assurance about what we do not see. 2 This is what the ancients were commended for.”

At the end of the reading, we have this beautiful conversation between Moses and his Father in Law.

29 Now Moses said to Hobab son of Reuel the Midianite, Moses’ father-in-law, “We are setting out for the place about which the Lord said, ‘I will give it to you.’ Come with us and we will treat you well, for the Lord has promised good things to Israel.”

Reuel has been a constant comfort to Moses.  When Moses fled Egypt, Reuel took him in for 40 years.  Moses marries his daughter Zipporah.  Years later, when Moses is in danger in Exodus 18, he sends his wife and kids back to Reuel for safety.  Reuel reunites them at Mt. Sinia when the coast is clear.  Reuel is a Midianite, which is a distant cousin to the Moses’ family (from Keturah) that’s why she knew to circumcise, remember the flint knife/penis moment 😂 , however, they will become enemies to the Israelites over time.

The cloudy pillar stood over the tabernacle.   It lifted and in the tribal arrangement order, they marched.  The GPS says: you will reach your destination in 11 days!  The cloud leads them toward Kadesh Barnea. 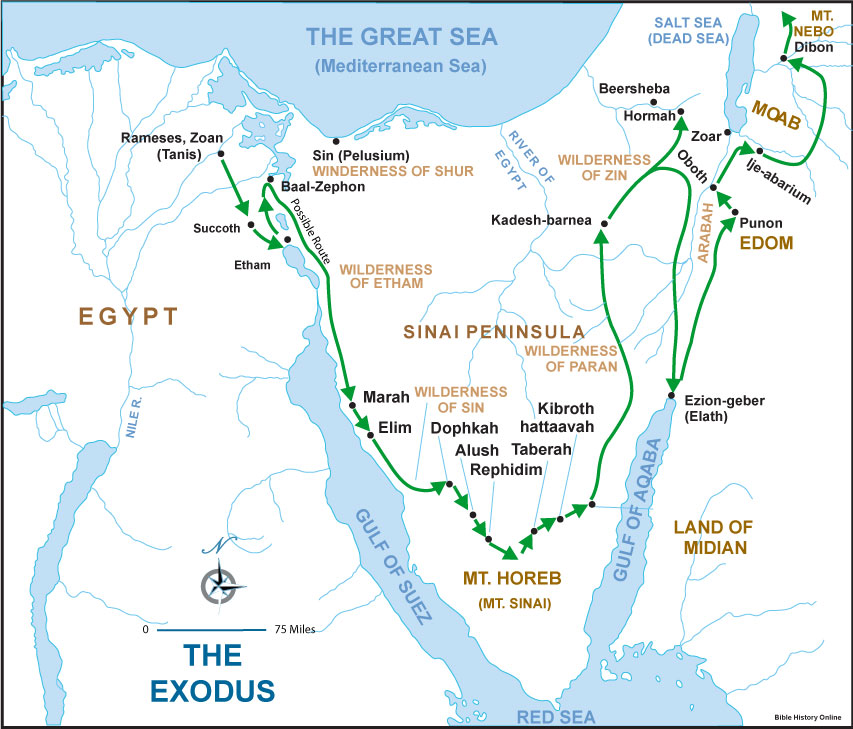 As the nation left Mt. Sinai, the people were at their strongest spiritually, having received the Law and having committed themselves to follow it faithfully.  What could go wrong??

“Rise up, Lord!
May your enemies be scattered;
may your foes flee before you.”