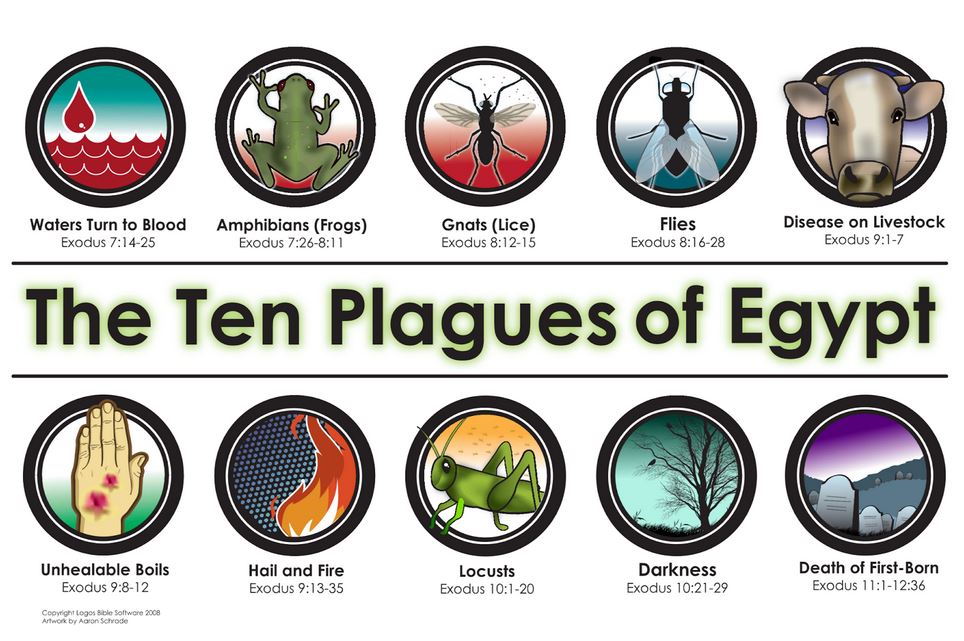 Why did God need to bring plagues?

These plagues were miracles for both the Egyptians and the Israelites to see.   The Israelites will be delivered and it is important that they know that Moses is a vessel for God (not a god).   In chapter 6: the Lord says I will take you as my own people, and I will be your God. Then you will know that I am the LORD your God, who brought you out from under the yoke of the Egyptians.

It is REALLY important that the people who exit Egypt (Israelites as well as some Egyptians)  are following God, not Moses.

Moses (through God), and Aaron as his prophet performs the staff/snake miracle.  The magicians were able to duplicate it BUT were not able to UNDO God’s work.  The magicians had power (tricks, illusions, sorcery, satan,…)

The Plagues were designed according to the gods that were worshiped in Egypt.  There were over 100 named gods, but they worked “together” in categories, so The LORD is going to hit all 10 categories.

The most important thing in Egypt was the Nile. The Egyptians had a god that would be a guardian over the Nile, Khnun.  A “spirit” of the Nile called Hopi, and a god that gave life in the Nile called Osiris.   I can’t help notice their own imitation of the Trinity.   So God changed the Nile to Blood. (not just red…BLOOD).

The Frogs.  The Bedrooms in the palace were probably 3 stories up, surrounded by palace walls and protection. An interesting verse for me was verse 8..Pharaoh says “Pray to the Lord to take the frogs away from me and my people.  Why didn’t he pray to the god Heqt, the great Frog, who was in charge of resurrection and childbirth?

The gnats and the flies are the next 2 plagues.  Pharaoh now wants to compromise a little.  He says if you take away the flies, I will let you make an offering to the Lord. (the 3-day journey was obedience to the Lord Exodus 3:18.).  Isn’t it weird that the magicians tried to duplicate the plagues, rather than end the plagues.  Couldn’t Pharoah see their lack of power?

The Livestock.  The bull was a chief god called Apris.   Even the cow was a god, Hathor, the mother goddess.  (that reminds me, I have to defrost the burgers for tonight).  We begin to see that The Lord is making a distinction between the Hebrews and the Egyptians.4 But the Lord will make a distinction between the livestock of Israel and that of Egypt, so that no animal belonging to the Israelites will die.’”

The Boils,  notice none of this is happening to the Israelites.  But this time, God hardens the heart of Pharaoh, as said he would in 4:21. Yet where is the god of medicine, Imhotep to heal them? Where is he?  He must have taken a sick day.

We end today on Hail.  I am reading this paragraph and I think…This is it…finally! Pharaoh says  “This time I have sinned,” he said to them. “The LORD is in the right, and I and my people are in the wrong.  Pray to the LORD, for we have had enough thunder and hail. I will let you go; you don’t have to stay any longer.”

God could stop here, but that would leave gods on the list, as well as the ‘deity’ of Pharaoh.  It is important to show His Sovereignty to the Egyptians, but also to the Israelites so that when they exit slavery it is not a god, Pharaoh, or Moses that will free them.  It is The God.  The ONLY GOD.

“the Lord says I will take you as my own people, and I will be your God. Then you will know that I am the LORD your God, who brought you out from under the yoke of the Egyptians.

Listen, I could have made that post 5 times longer.  There is so much info in this chapter we could talk about, but let’s save some for our next Read Through.

In yesterday’s post I touched on the hardening of the heart.  Here it is again.  I don’t want you to read this and think WHY would a loving God ever do that.  He didn’t.  The Hebrew word for ‘harden’ is chazaq.  It means to fortify or strengthen what he was already feeling.

Click here for a cheat sheet I found on-line.  I will pop it into the printable section too.