A few months later Paul writes a second letter. Evidently, there was a letter or a message supposedly from Paul that someone forged in his name.  It was a lie.  So Paul writes to clarify. The first letter was about Jesus.  The second one is about the Antichrist “The man of sin” or the “lawless one”.

“Concerning the coming of our Lord Jesus Christ and our being gathered to him, we ask you, brothers and sisters, 2 not to become easily unsettled or alarmed by the teaching allegedly from us—whether by a prophecy or by word of mouth or by letter—asserting that the day of the Lord has already come.

Somehow a fake letter was received saying the Day of the Lord had already occurred even though the first letter had discussed that there would be a “gathering” or a “rapture”.  Of course, leaving them confused!  To make matters worse,  persecution has grown worse!  Emporer worship was rising and as they refused, they were being harshly persecuted for it. Paul reminded them that the Lord is JUST and will handle all matters in the end. We have seen through the scripture the Holy Trinity.  Satan has his Unholy Trinity. 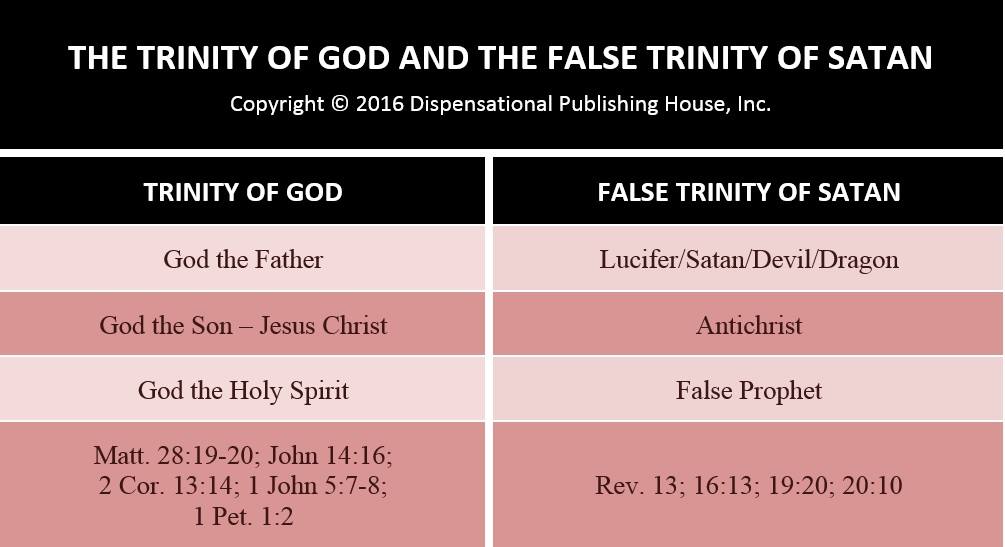 Paul reminds them “We talked about this…”  The antichrist WILL come.

3 Don’t let anyone deceive you in any way, for that day will not come until the rebellion occurs and the man of lawlessness is revealed, the man doomed to destruction. 4 He will oppose and will exalt himself over everything that is called God or is worshiped, so that he sets himself up in God’s temple, proclaiming himself to be God.5 Don’t you remember that when I was with you I used to tell you these things? 6 And now you know what is holding him back, so that he may be revealed at the proper time. 7 For the secret power of lawlessness is already at work;

BUT the one who now holds it back will continue to do so till he is taken out of the way. 8 And then the lawless one will be revealed, whom the Lord Jesus will overthrow with the breath of his mouth and destroy by the splendor of his coming. 9 The coming of the lawless one will be in accordance with how Satan works. He will use all sorts of displays of power through signs and wonders that serve the lie, 10 and all the ways that wickedness deceives those who are perishing. They perish because they refused to love the truth and so be saved. 11 For this reason God sends them a powerful delusion so that they will believe the lie 12 and so that all will be condemned who have not believed the truth but have delighted in wickedness.

So what is the takeaway?  What is the application of knowing this?

Stand Firm in your faith.

This time he signs the letter with a special mark SO THAT you know the false letter was fake-don’t this is the one to hold onto!