Peter returns and has to explain his actions.  I love this story!  I can just picture him saying “I know right, this story is crazy!  So there I was in a gentile’s house….” LOL.  BUT then he says

17 So if God gave them the same gift he gave us who believed in the Lord Jesus Christ, who was I to think that I could stand in God’s way?”

18 When they heard this, they had no further objections and praised God, saying, “So then, even to Gentiles God has granted repentance that leads to life.”

Why do bad things happen to good people?  Through the death of Stephen, the Gospel is being scattered. 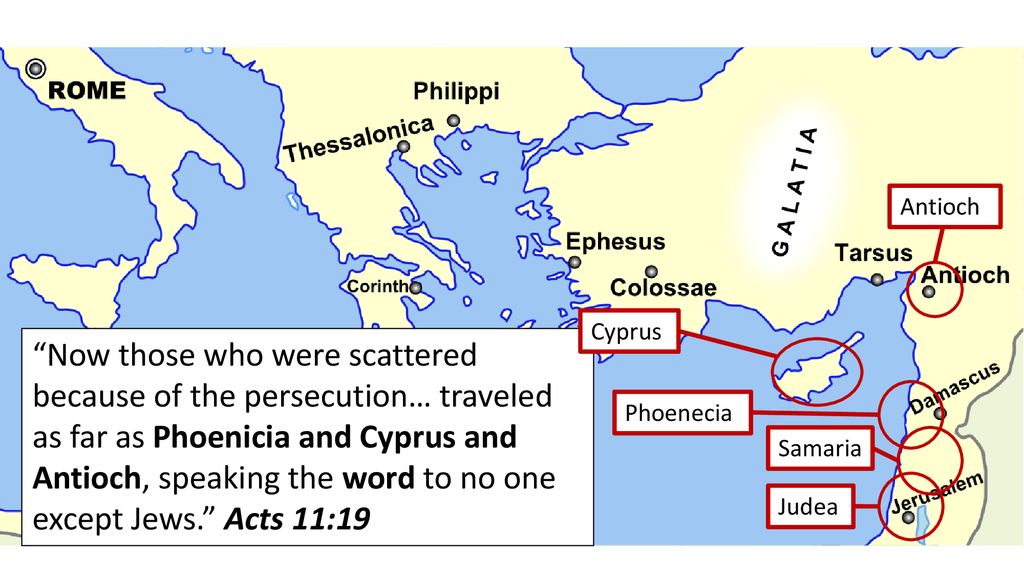 Barnabus and Saul go to Antioch.  Why Antioch?

Antioch was the third-largest city in the Roman Empire. Only Rome in Italy and Alexandria in Egypt were larger. Antioch was a busy seaport trade hub with a mix of people from different cultures and religions.  The city was the home to the Jews that were scattered after the captivity (Diaspora).  We learned about the Hellenistic Jews, these are called the “Diaspora Jews”.  They were mostly businessmen that were were citizens so they had Roman privileges but maintained their Jewish faith.  Through them, many Gentiles in Antioch were drawn to Judaism and, eventually, Christianity.   Saul and Barnabus spent a year reaching both Jews and Gentiles-notice the Bible uses the word they become “Christians”.

The scripture to use the word “Christian” is in this chapter.  I researched this a little and I found that this phrase was a derogatory word used by others that opposed this movement.  (I speak from experience being an atheist most of my life…it still can be used that way)

Who remembers this fun visual?

It was about this time that King Herod arrested some who belonged to the church, intending to persecute them. 2 He had James, the brother of John, put to death with the sword. 3 When he saw that this met with approval among the Jews, he proceeded to seize Peter also.

James becomes the first apostle to become a martyr. 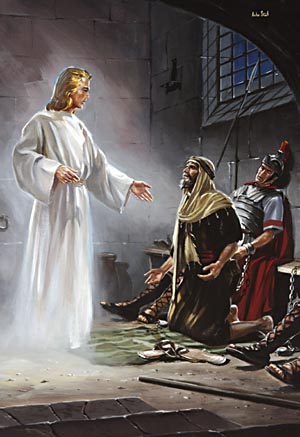 The deliverance of Peter from prison is a summary of the death and resurrection of Jesus.  Notice the parallels:

Chapter 12 ends with the beginning of Paul’s mission trips:

25 When Barnabas and Saul had finished their mission, they returned from Jerusalem, taking with them John, also called Mark.