This is called the Olivet Discourse.  Jesus takes the disciples to Mount Olives where they can see the magnificent Temple and tell that the Temple will be destroyed.

At this time, the temple was not even complete..  Construction had begun 30 years prior in 20 BC and it will be complete in 66 AD.   Jesus takes them to the very spot Zechariah declared the judgment on Jerusalem. However, its destruction was just a foreshadow of the ultimate destruction that would occur in the End Times.  The Olivet Discourse is the longest block of teaching in the Gospel.  This chapter is divided:

Most importantly, the disciples were told to “watch out” and “be on guard”.

As Jesus was leaving the temple, one of his disciples said to him, “Look, Teacher! What massive stones! What magnificent buildings!” 2 “Do you see all these great buildings?” replied Jesus. “Not one stone here will be left on another; every one will be thrown down.”

So here is what happens:

In 63 BCE the Roman general Pompey will capture Jerusalem. The Romans will allow free religious practice in Judaea. The divide between monotheistic and polytheistic religious views caused clashes between Jews and Gentiles. This friction, combined with taxation and oppression (I may post about this later) culminated in 66 AD in the First Jewish Revolt. The revolt was successful at first. However, the Roman emperor Nero sent the general Vespasian to Jerusalem and he was proclaimed emperor in 69 CE. In April 70 CE, at the time of the  Passover, the Roman general Titus attacked Jerusalem. Since the timing coincided with Passover, the Romans allowed pilgrims to enter the city but refused to let them leave (it was like a giant mousetrap!)—and then cut off their food and water supply. The Romans surrounded the city with a wall to cut off supplies and drive the Jews to starvation. By August 70 CE the Romans had breached the final defenses and massacred most of the remaining population. They completely destroyed the Temple.  Some historians report that a fire was set and all the gold melted between the cracks so literally every stone was turned to extract the gold.  The Western Wall is the only trace of the Temple.  It remains a site of prayer and pilgrimage. 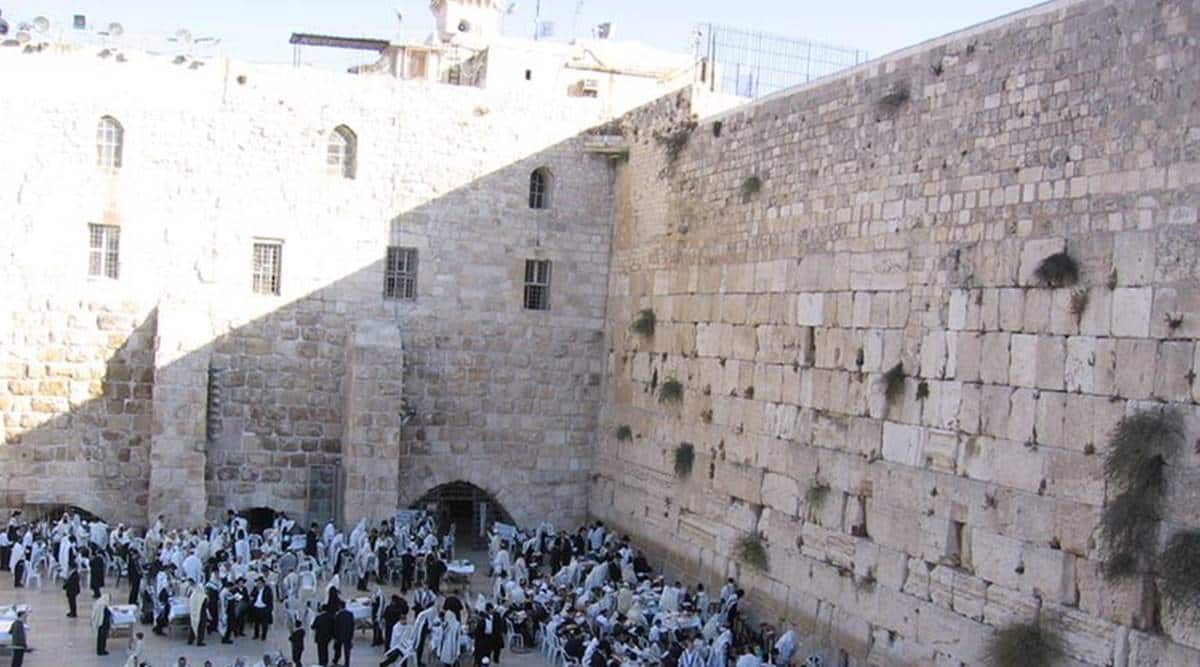 Does anyone know what stands beyond this wall?  What was built where the Temple of the Lord once stood??  Where the Ark of the Covenant rested that Indiana Jones went looking for??Go back and watch Raiders of the Lost Ark…

I am so off topic!

We read about the abomination that causes desolation before.  During the silent years, Antiochus IV oppressed the Jews and erected a statue of Zeus in the Temple.  They would sacrifice the most unclean animal they could find on the altar-a pig.  This desecration was a foreshadow of the End Times when the Tribulation will occur.

14 “When you see ‘the abomination that causes desolation standing where it does not belong—let the reader understand—then let those who are in Judea flee to the mountains.

During the Tribulation (in Revelation).17 How dreadful it will be in those days for pregnant women and nursing mothers! 18 Pray that this will not take place in winter, 19 because those will be days of distress unequaled from the beginning, when God created the world, until now—and never to be equaled again.

“In those days”-refers to the End Times”-

24 “But in those days, following that distress,

“‘the sun will be darkened,
and the moon will not give its light;
25 the stars will fall from the sky,
and the heavenly bodies will be shaken.’

26 “At that time people will see the Son of Man coming in clouds with great power and glory. 27 And he will send his angels and gather his elect from the four winds, from the ends of the earth to the ends of the heavens.

When will this happen??  Only ONE knows!32 “But about that day or hour no one knows, not even the angels in heaven, nor the Son, but only the Father.

33 Be on guard! Be alert! You do not know when that time will come.