The Servants announced the coming of the banquet and urged those whom God invited (The Jews) to prepare for it. However, most of those who heard about it did not respond to the invitation.

Here is the best part…now think about this: A king invites guests to a banquet and they refused to come!  Only THE KING of Kings would ask again!

4 “Then he sent some more servants and said, ‘Tell those who have been invited that I have prepared my dinner: My oxen and fattened cattle have been butchered, and everything is ready. Come to the wedding banquet.’

(The Lord came first for the Jew, then to Gentiles)

8 “Then he said to his servants, ‘The wedding banquet is ready, but those I invited did not deserve to come. 9 So go to the street corners and invite to the banquet anyone you find.’ 10 So the servants went out into the streets and gathered all the people they could find, the bad as well as the good, and the wedding hall was filled with guests. ❤️

Now the hard part: “a man there who was not wearing wedding clothes.”

The “man” who did not wear the proper garments was unprepared for the banquet. (Jesus wants us to BE PREPARED)  In that culture, the proper garment was just clean clothes. However, the host often gave special garments to the invited guests, which they wore for the celebration.

I delight greatly in the Lord;
my soul rejoices in my God.
For he has clothed me with garments of salvation
and arrayed me in a robe of his righteousness,

Some think they can plead their case, or get into Heaven on their own merit or good deeds will be thrown out into the darkness.  We cannot dress ourselves.

15 Then the Pharisees went out and laid plans to trap him in his words. 16 They sent their disciples to him along with the Herodians.

The Herodians were a non-religious Jewish party that supported the dynasty of Herod and the general policy of the Roman government. The Pharisees, on the other hand, were members of an ancient Jewish sect who believed in the strict observance of oral traditions and the written Law of Moses. They didn’t believe that Christ was the Messiah, despite His many miracles during His earthly ministry. Although Herodians and Pharisees were at opposite ends of the political spectrum, their common hatred of Christ was enough for them to join forces to try to destroy Him.

It was a trick question. If Jesus answered, “No,” the Herodians would charge Him with treason against Rome. If He said, “Yes,” the Pharisees would accuse Him of disloyalty to the Jewish nation.

A Denarius was a Roman coin that had Caesar’s face on one side and on the back, it had Caesar wearing priestly garments with the words “Son of the Divine”  (what???).  Obviously, the Jews were majorly offended by this (as I am too).

Then he said to them, “So give back to Caesar what is Caesar’s, and to God what is God’s.”  Jesus turned a lose/lose question into a win/win answer!  He was drawing a sharp distinction between two kingdoms.

23 That same day the Sadducees, who say there is no resurrection, came to him with a question.

What in the world?  I picture them in a “tag-team” game…”Tag, your turn”.  So the Sadducees did not believe in the resurrection, angels, the supernatural, and ONLY adhered to the first 5 books of the Bible (The Torah).  So we know the Sadducees are going to ask what they think is a ridiculous question as a trap BUT you can be certain Jesus will quote from the Torah every time to the Sadducees to shut them up!

They ask a question about the resurrection wrapped in a Law (Deuteronomy 25).  They think they can trick Jesus because they don’t believe in the resurrection so how can it be wrapped up in law?  So this concept of marrying brothers is actually true.  It is called Levirate Marriage.  Levirate marriage is literally a “marriage with a brother-in-law.” In ancient times, if a man died without a child, it was common for the man’s unmarried brother to marry the widow in order to provide an heir for the deceased. In ancient Israel, the passing on of the family name and the inheritance within a tribe was very important.

After he answers the question he adds on a major reference from when Moses was standing at the Burning Bush (of course he quotes the only author the Sadducees read…MOSES) (Exodus 3:6)

31 But about the resurrection of the dead—have you not read what God said to you,32 ‘I am the God of Abraham, the God of Isaac, and the God of Jacob’?He is not the God of the dead but of the living.”

“Of all the commandments, which is the most important?”

Well, that’s a hard question!  At this point, the Pharisees and Scribes had written laws to protect the law.  There were 613 Laws!!  (all offshoots from the 10 Commandments).  How can he pick the right one out of 613?   How you ask?  Easy, He is God.

Two verses in the Torah were merged together.  Deuteronomy 6:4 “Shema” is the Hebrew word that begins the most important prayer in Judaism “To hear”.

18 “‘Do not seek revenge or bear a grudge against anyone among your people, but love your neighbor as yourself. I am the Lord. 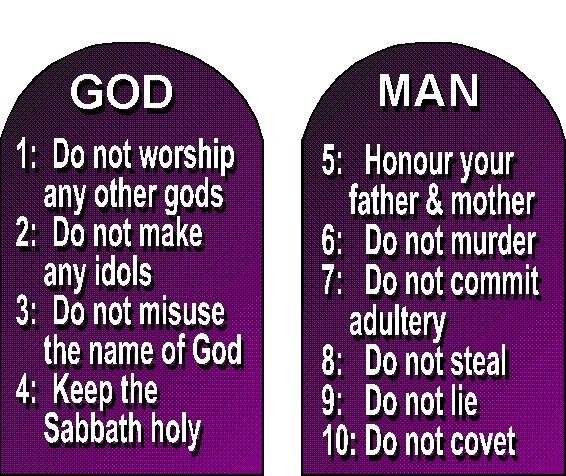