As you read, follow your map. Paul spent 3 weeks in Thessalonica.  In a short time, they caused quite the stir!  The report was: “They are all defying Caesar’s decrees, saying that there is another king, one called Jesus.  When they heard this, the crowd and the city officials were thrown into turmoil.”   But notice Paul “reasoned” with them from the Scriptures.  It is the ONLY way.

Paul does his job and moves on for safety reasons.  BUT if you looked at the schedule we are about to read two letters to them after he leaves. (I hope it is a better tone than the one to the Galatians)

Next on the map is Berea.

11 Now the Berean Jews were of more noble character than those in Thessalonica, for they received the message with great eagerness and examined the Scriptures every day to see if what Paul said was true.

BUT those horrible men from Thesselia followed him and messed things up!  Good Grief!

When Paul got to Athens, he was shocked to see about 30,000 statues of the Greek gods.  Immediately he came upon two schools of teaching (Just like Jesus faced the Pharisees and Sadducees) Paul faces the Epicururian and Stoics philosophers.

Epicureanism taught that the highest state a person could attain was ataraxia—absolute peace—and aponia—a complete absence of mental, emotional, and physical distress or need.  (sounds like Tom Cruise if you ask me) They taught people to relax and enjoy life without worrying so much. To Epicurus, the gods did exist, but they lived so far away from the affairs of man, in a permanent state of ataraxia, that they didn’t interfere with humanity—in fact, they weren’t even aware of humanity.  Ultimately, Epicureanism was a “fulfilled” life free from pain, hunger, distress, worry—and God.

Stoicism, which emphasizes rationalism and logic, is the opposite of Epicureanism. Stoicism is all about rejecting pleasure.   Stoics believed that we need to endure pain and hardship to develop self-control to overcome feeling emotions so that we can be unbiased and clear-minded.

So Paul went to Areopagus. See the picture below.  It is the rocky hill – called Mars Hill.  It’s the greek version of a Synagogue where they just sat around all day and talked Philipohy. (I know people like that)

“People of Athens! I see that in every way you are very religious (that was sarcasm). 23 For as I walked around and looked carefully at your objects of worship, I even found an altar with this inscription: to an unknown god. So you are ignorant of the very thing you worship—and this is what I am going to proclaim to you. 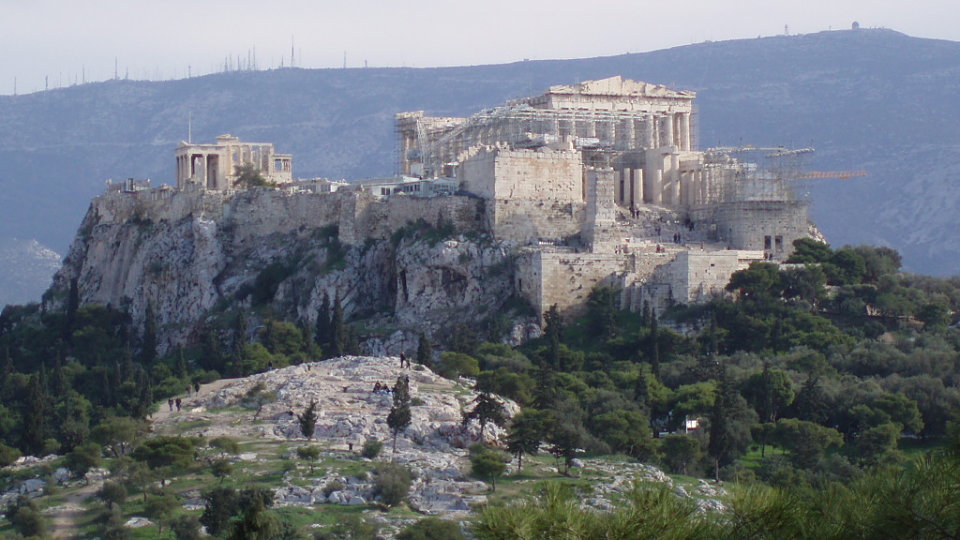 This is a major port city that controlled the canal so that boats did not have to sail around the peninsula. 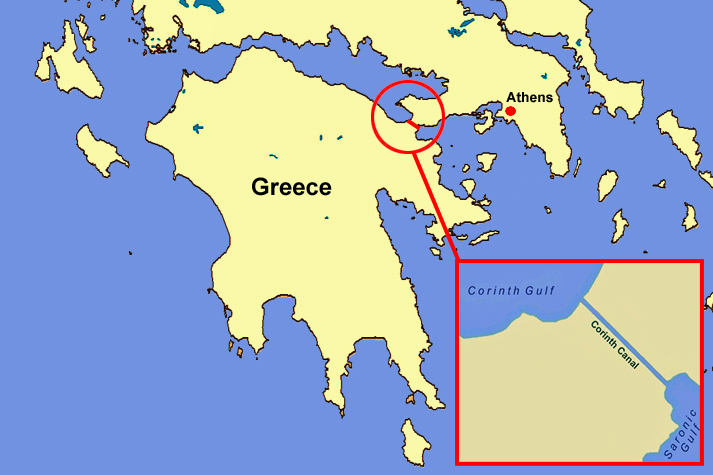 Corinthians were very pleasurable people that legalized prostitution.  Their favorite god was Aphrodite if that tells you anything!

Emperor Claudius had expelled all Jews from Rome, and Aquila and Priscilla found their way to Corinth and settled there, pursuing their trade as tentmakers. When Paul, a tentmaker himself, came to Corinth, Paul lived and worked with them while establishing the Corinthian church.

As I follow Paul I see a group of prominent people becoming Christ-followers.  This will be important as he continues to travel. Crispus was the Synagogue Leader!  (His replacement, however, was an idiot)

Paul was brought in front of the governor Gallio, a Roman Officer who could care less about Jewish Law (Sounds like Pontius Pilot) and handed him back over to the Jews.  The new Synagogue leader beat him in front of Gallio and he could care less! (This all sounds very familiar)

When Paul and his 2 new besties leave he cuts his hair.  He must have taken a Nazarite Vow somewhere along the way.    If you were not with us when we were reading Numbers I will summarize it:

The Nazarite Vow: – a dedication to set yourself apart and rely completely on God.

Paul cuts his hair signifying the vow time frame was over.

The next 2 reads are: