Pontious Pilate:   In 26 A.D. the Roman Emperor Tiberius appointed Pontius Pilate prefect of the Roman provinces of Judaea, Samaria, and Idumæa. Pilate is best known for his leadership of Judaea.  A Roman prefect was like a governor.  He was in charge of taxes and civil order.  Pontius Pilate was granted the power of a “supreme judge”, which meant that he had the sole authority to order a criminal’s execution.  Ultimately he was in charge of maintaining law and order. (Pontius Pilot wasn’t even Roman, he married well.  He married the granddaughter of Augustus Caesar).

Jesus had to be brought to trial for both the Jews and the Gentiles.  First, he needed to be accused and found guilty by the Jews and transferred to the Romans.  Jews could not issue a crucifixion, only Romans could.   Then the Romans need to charge Him guilty.

The Six Trials of Jesus:

Three Jewish religious trials where he was proclaimed a sinner: 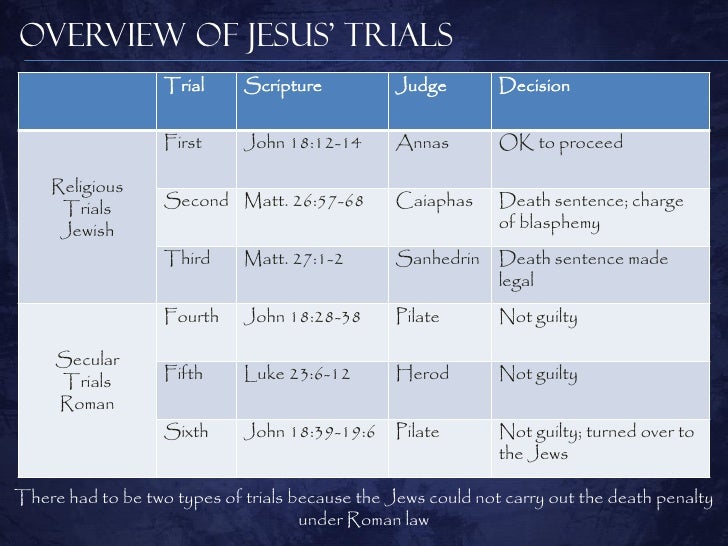 Pontius Pilate asks  “Are you the king of the Jews?”

When he was accused by the chief priests and the elders, he gave no answer.  Then Pilate asked him, “Don’t you hear the testimony they are bringing against you?” But Jesus made no reply, not even to a single charge—to the great amazement of the governor.

Why does Jesus not reply? (last night I posted Isaiah 53)- 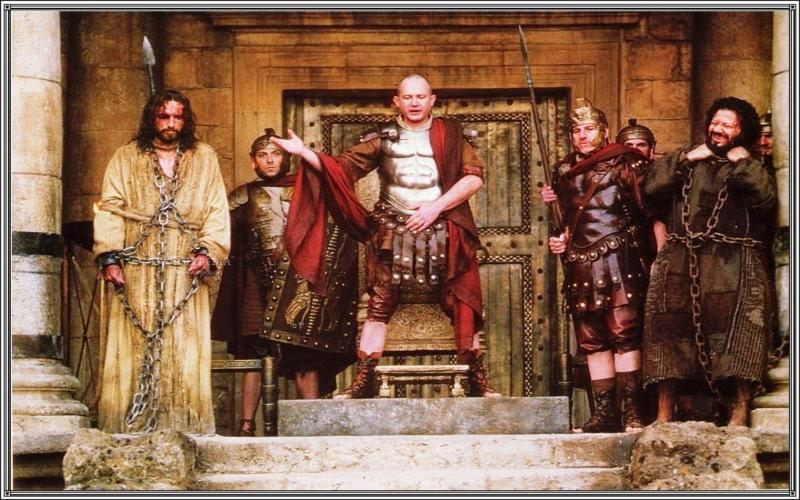 Pontius Pilate was in crisis mode.  He was in charge of keeping the Peace.  It was Passover!  Jerusalem had between 2 and 3 million people visiting. Word would spread quickly if this “appointed son-in-law” could not handle his job.   For the Romans, (Caesar), Festivals were a cash cow in collecting taxes.  In an attempt to maintain law and order he decided to keep with the customary release of a Jewish prisoner was before the feast of Passover. The Roman governor granted clemency to one criminal as an act of goodwill toward the Jews whom he governed. Surely the crowd would make a wise choice:

The crowd chose Barabbas to be released. 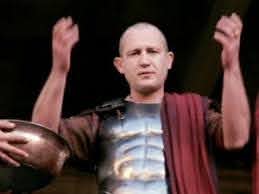 Only the Romans could order a crucifixion.  Pilate does not see Jesus as guilty and “washes His hands of the matter”.  (I am amazed by how they use God’s Law when it is convenient and ignore it when it’s not.  (Oh wait, nvm, I do that too).  Deuteronomy 21: If someone is found slain, lying in a field in the land the Lord your God is giving you to possess, and it is not known who the killer was… 6 Then all the elders of the town nearest the body shall wash their hands over the heifer whose neck was broken in the valley, 7 and they shall declare: “Our hands did not shed this blood, nor did our eyes see it done. 8 Accept this atonement for your people Israel, whom you have redeemed, Lord, and do not hold your people guilty of the blood of an innocent person.” Then the bloodshed will be atoned for, 9 and you will have purged from yourselves the guilt of shedding innocent blood, since you have done what is right in the eyes of the Lord.

However, that is not the case here but “kudos” for Pilate for trying to twist scripture in his favor.  He transferred the verdict to the people as governor.  His passing responsible still made him the authority.    The crowd says: “Crucify him!”.  Together with the Gentiles (Romans) and the Jews collectively order his death.

26 Then he released Barabbas to them. But he had Jesus flogged, and handed him over to be crucified.

A Roman Flagrum was a whip that was made of leather with weighted metal balls.  Small pieces of bone were sewn on so as they pulled the whip back to them, it would act like a fish hook and rip the skin with each flog.  A Roman Soldier would stand on the right and one on the left of the person being scourged.  They pull in diagonal/horizontal motion.

How many whips did Jesus get?  Well, in Deuteronomy 25:3 the Bible says that a criminal would get 40 lashes.  The Jews were so concerned that they would “break the Law”, they ordered “40 less 1”, just in case they miss-counted they had room for error.  So Jesus received 39 lashes.  The Romans adhered to this because beyond 40 lashes, the criminal most often died before the crucifixion from loss of blood or exposed organs from the tearing of the skin.

Jesus was then mocked and beaten by the “Company of Soldiers” (totaled about 600 men).  There were several games the Romans would play with criminals before they were executed.  First, they would play the “King’s Game”.  They would dress them like royalty and mock them.  The second game was to blindfold them and punch them.  If they could guess who punched them they would “go light” on them.  The game was humiliating.

Above his head they placed the written charge against him: this is Jesus, the king of the jews.

Growing up in a catholic church I picture: (I.N.R.I)- the Latin translation 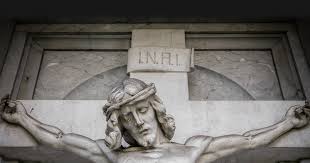 In reality, it looked like this, so that everyone visiting for the Passover from different languages would be able to partake in the crucifixion (He died for ALL) 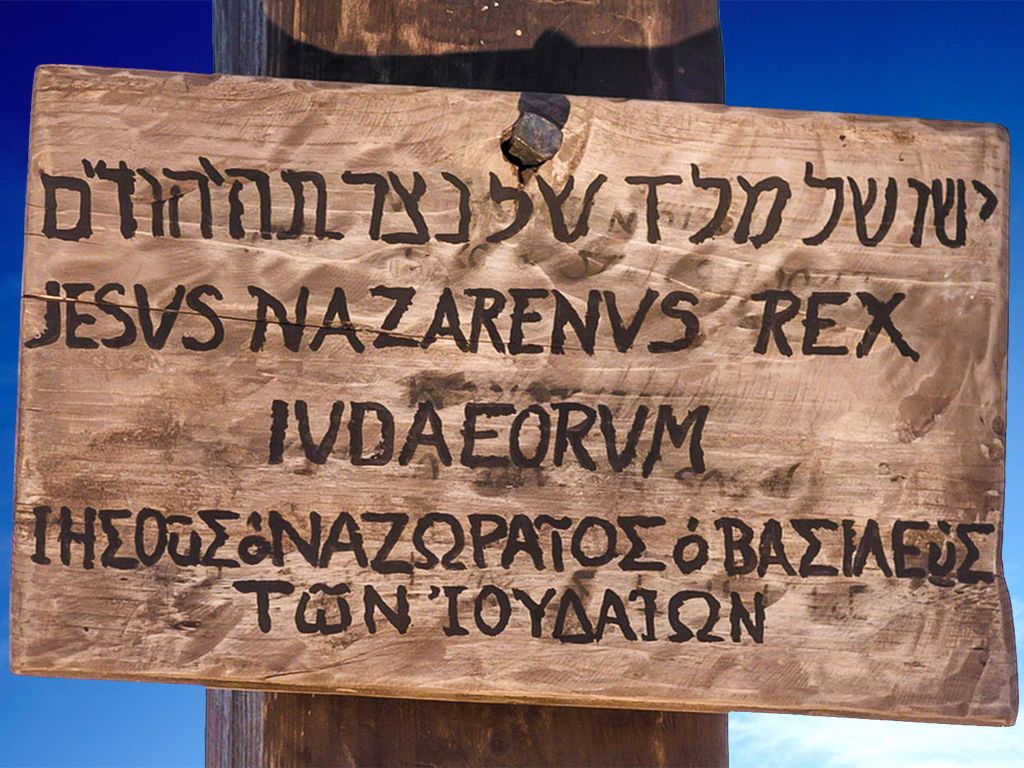 The location was called “The Place of the Skull” due to the shape of the hill that apparently reminded people of a human skull.

They offered Him wine mixed with myrrh, but he did not take it.  He did NOTHING to dull the pain.  He paid it ALL.

50 And when Jesus had cried out again in a loud voice, he gave up his spirit.

We did not take it.  He GAVE up His Spirit for us.  And what immediately happened??

The Veil in the Temple was torn.  The barrier between the people and the Lord was take away.  Before Jesus died, one day a year ONLY the High Priest could go behind the veil to make an atonement of sins for all the people.  The Veil tore vertically so that we can come to the Lord directly!  The Veil is torn!

57 As evening approached, there came a rich man from Arimathea, named Joseph, who had himself become a disciple of Jesus. 58 Going to Pilate, he asked for Jesus’ body, and Pilate ordered that it be given to him. 59 Joseph took the body, wrapped it in a clean linen cloth, 60 and placed it in his own new tomb that he had cut out of the rock. He rolled a big stone in front of the entrance to the tomb and went away. 61 Mary Magdalene and the other Mary were sitting there opposite the tomb.

8 By oppression and judgment he was taken away.
Yet who of his generation protested?
For he was cut off from the land of the living;
for the transgression of my people he was punished.
9 He was assigned a grave with the wicked,
and with the rich in his death,
though he had done no violence,
nor was any deceit in his mouth. 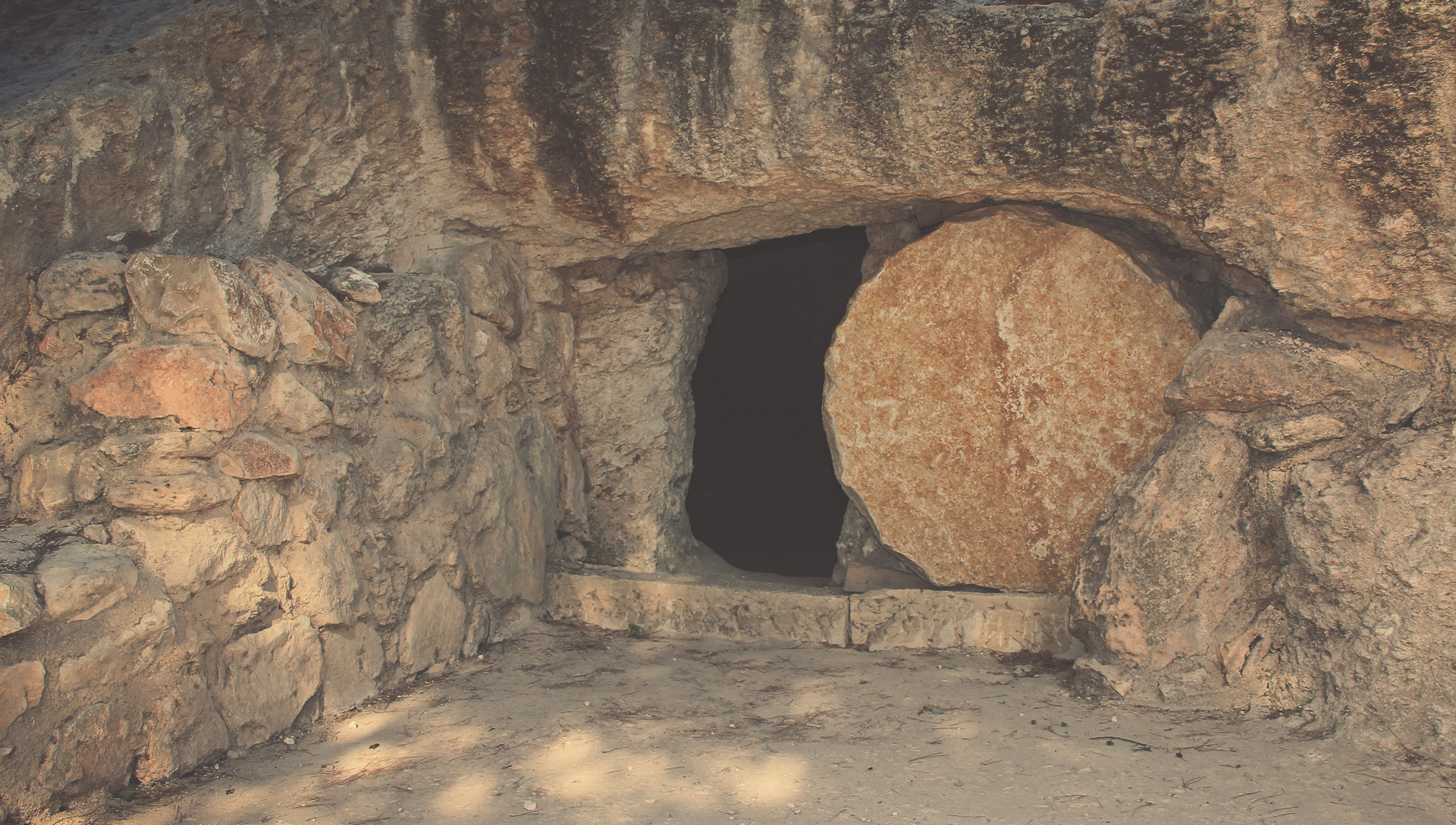 And we have 2 witnesses, just like the Law requires.   😊

47 Mary Magdalene and Mary the mother of Joseph saw where he was laid.