I am posting this but the scriptures do not need a post.  It is a very clear read.  Here are a few tidbits. 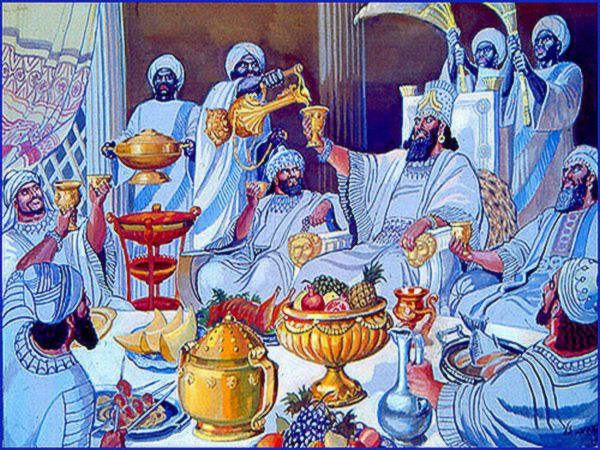 King Xerxes was having a planning session for war against Greece, an upcoming nation.  For 180 days he enticed surrounding leaders with a lavish drunken party.  He wanted to show off by summoning Vashti his Queen.  When she refused he relied on his counsel for what to do (really??)  Well, they basically said, “If she gets away with it, my wife will rule the roost too”! So it is handled!

When the king demoted Vashti, they ordered a new harem to cheer him up. Mordecai, whose family was brought to Babylon in the exile brought Esther to the palace.  Beautiful virgin women were automatically kept as concubines.  Why Modecia??  Ester was the chosen one to replace Vashti!

Providence: Esther was put in a position to save God’s people before there was even a plan of danger mentioned.

Providence: The Lord used a woman that was not necessarily following the law of Moses: she would have sex with a man before marriage, marry a pagan, and eat unclean foods.    Yet, God used her to deliver Israel even though she disregarded some of His will.

3 After these events, King Xerxes honored Haman, son of Hammedatha, the Agagite, elevating him and giving him a seat of honor higher than that of all the other nobles. 2 All the royal officials at the king’s gate knelt down and paid honor to Haman, for the king had commanded this concerning him. But Mordecai would not kneel down or pay him honor.

Now, this may have been for several reasons:

In Proverbs 6:16-19 The Lord gave us a list of seven characteristics he hated: Haman had all 7!

16 There are six things the Lord hates,
seven that are detestable to him:
17         haughty eyes,
a lying tongue,
hands that shed innocent blood,
18         a heart that devises wicked schemes,
feet that are quick to rush into evil,
19         a false witness who pours out lies
and a person who stirs up conflict in the community.

In chapter 3 Haman casts “lots” called ‘pur’ to determine the future to wipe out ALL Jews.  In ancient cultures, they always conferred with the ‘pur’ to get astrological guidance- like when I was a pagan teenager I read the horoscopes.  WELL, through PROVIDENCE the Lord gave the Jews a year to prepare!

(This day on the Calendar now is called the Feast of Purim to commemorate God’s protection by controlling the Pur.)

My favorite scripture in the book:

4:14  “And who knows but that you have come to your royal position for such a time as this?”

and Esther takes a HUGE risk going to the King without an invitation….

, I will go to the king, even though it is against the law. And if I perish, I perish.”

The reading ends with a chuckle (at least from me).  Esther plans to spoil Haman’s plan but must address him in front of her drunk husband.  The Haman was summoned it says:

11 Haman boasted to them about his vast wealth, his many sons, and all the ways the king had honored him and how he had elevated him above the other nobles and officials. 12 “And that’s not all,” Haman added. “I’m the only person Queen Esther invited to accompany the king to the banquet she gave. And she has invited me along with the king tomorrow. 13 But all this gives me no satisfaction as long as I see that Jew Mordecai sitting at the king’s gate.”

Ha! that made me laugh.