While cleaning the house, folding laundry, walking the dog, sitting at practice, or just not on Facebook for a minute 😉 tomorrow’s read will blow your mind if you take a moment to listen to the Tribulation in Revelation.  Before you do,  look at this:

Click here to see a clearer copy…or to print. 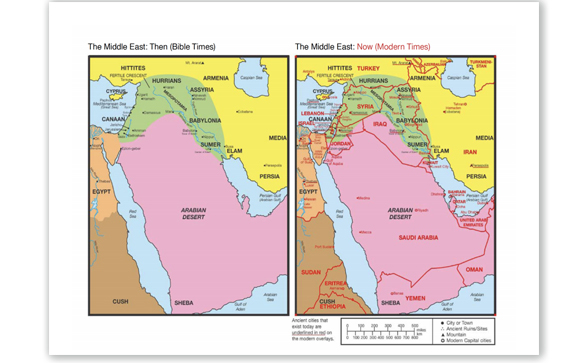 You won’t need to know this until tomorrow but here is your cheat sheet in case you read ahead.  Some names are going to be familiar so I will bring you to the origin of them: Genesis 10.  Click here to look at a chapter you skimmed!  Ha!

Gog is a king, chief, or leader of a nation (often seen as a god)- That’s RIGHT, they will act as ONE nation.  Scary.

Revelation 6-19 (If you listen to it, it is 45 minutes…reading is about half the time)

Why are we reading about EDOM again??  I will tell you why!  There is a key verse in this short chapter, did you catch it?

10 “‘Because you have said, “These two nations and countries will be ours and we will take possession of them,” even though I the Lord was there,

Not only did they hit Jerusalem when they were at their weakest…they had a secret.  They planned on taking the Land for their own.  WHAT?  It’s not theirs…it is the Lord’s.

13 You boasted against me and spoke against me without restraint, and I heard it. Chapter 36- Restoration!  Ok, ready…this is so cool. – Knowing from 35 that foreign nations had a plan to take the land over,  the Lord Speaks to the Land (again)!!  And you know they were listening!  I read verses 1-15 twice, it was beautiful!  The way the Lord gives the land hope!     Flip back to chapter 6…ok, if you won’t, I will put it here 😉

Ez. 36 8 “‘But you, mountains of Israel, will produce branches and fruit for my people Israel, for they will soon come home. 9 I am concerned for you and will look on you with favor; you will be plowed and sown, 10 and I will cause many people to live on you—yes, all of Israel. The towns will be inhabited and the ruins rebuilt. 11 I will increase the number of people and animals living on you, and they will be fruitful and become numerous. I will settle people on you as in the past and will make you prosper more than before. Then you will know that I am the Lord. 12 I will cause people, my people Israel, to live on you. They will possess you, and you will be their inheritance; you will never again deprive them of their children.

The chapter reads on to describe that the conduct of his people was so defiling,  that he compared it to the uncleanliness of a woman’s menstrual cycle.  WOW.   So why will God restore His people and His land?  For HIS Glory!

22:…It is not for your sake, people of Israel, that I am going to do these things, but for the sake of my holy name,

24 “‘For I will take you out of the nations; I will gather you from all the countries and bring you back into your own land. 25 I will sprinkle clean water on you, and you will be clean; I will cleanse you from all your impurities and from all your idols. 26 I will give you a new heart and put a new spirit in you; I will remove from you your heart of stone and give you a heart of flesh. 27 And I will put my Spirit in you and move you to follow my decrees and be careful to keep my laws. 28 Then you will live in the land I gave your ancestors; you will be my people, and I will be your God.

35 They will say, “This land that was laid waste has become like the garden of Eden; the cities that were lying in ruins, desolate and destroyed, are now fortified and inhabited.”

Ezekiel 37- Valley of the Dry Bones

Once again Ezekiel is shown by the Spirit a vision.  As you read this section look for how many times God used the word: Breath.  We spoke about this briefly in Genesis when Abram was changed to Abraham and Sarai to Sarah.  The A and the H were added when their internal and external circumstances changed.  The word is ‘Ruah’-Breath of God or the Spirit!   He doesn’t leave us guessing on this vision:

Hope for those in Captivity

OK…I am going to consolidate years of research into hopefully a few words for you.  DON’T MISS THIS SECTION. Verse 15-28. 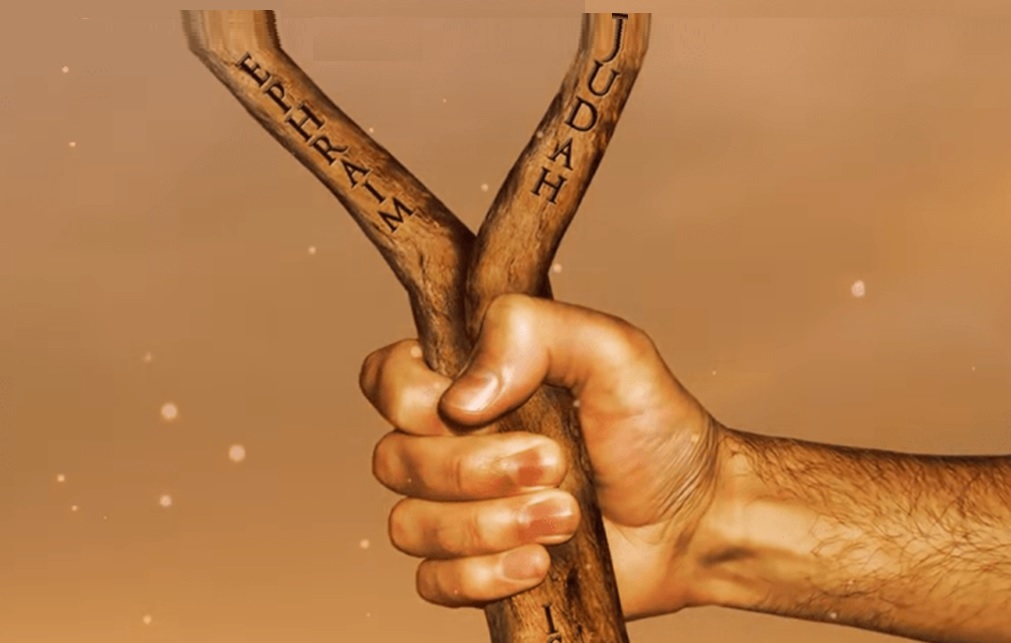 20 Hold before their eyes the sticks you have written on 21 and say to them, ‘This is what the Sovereign Lord says: I will take the Israelites out of the nations where they have gone. I will gather them from all around and bring them back into their own land.

No way!  The divided kingdom was almost 2000 years ago.  During the time of the OT they never even came close to becoming one nation again.  THEN to make matters worse, the world has done everything in it’s power to assure this will never happen!  Even Encyclopedia Britannica said in 1911:

“The possibility that we can ever again recover the correct pronunciation of ancient Hebrew is as remote a possibility that a Jewish Empire will ever again be established in the Middle East”.  (36 years later they may have had to reprint that version!

However, in the details, we see God at work

Now, if that was another language to you…who cares!  I know you understand The Lord through Ezekiel:

20 Hold before their eyes the sticks you have written on 21 and say to them, ‘This is what the Sovereign Lord says: I will take the Israelites out of the nations where they have gone. I will gather them from all around and bring them back into their own land. 22 I will make them one nation in the land, on the mountains of Israel.

Again, as you finish out the last paragraph view is End Times.