So I found chapter 20 to be a very hard read (I hope I wasn’t the only one).  We already know we don’t like Ahab and in our heads think well God must not like him either.  That could not be further from the truth.  God will use or turn the heart of anyone He chooses.

In this case, there are 3 world powers rising up: 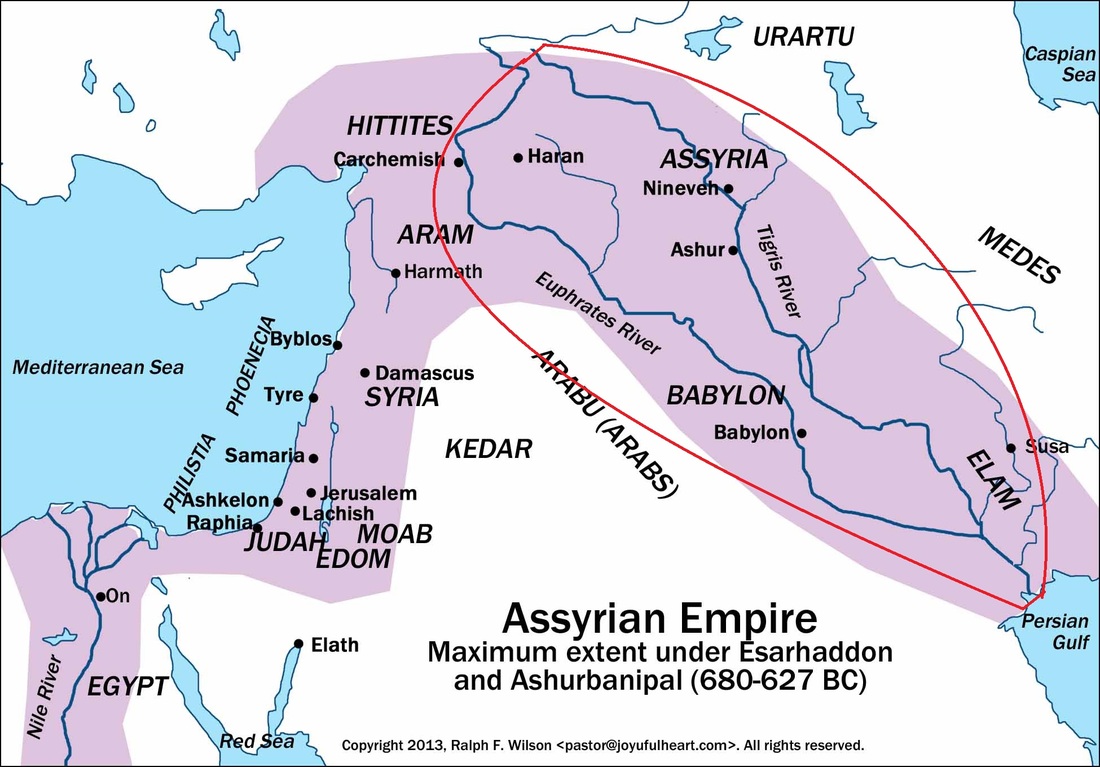 Ben-Hadad the king of Aram attacks Samaria (which we know is the new capital of the Northern tribes, Israel).  Ahad defeats Aram.  The Lord sends a message to Ahab warning him that this will happen AGAIN next year.  And it does!

32 Wearing sackcloth around their waists and ropes around their heads, they went to the king of Israel and said, “Your servant Ben-Hadad says: ‘Please let me live.’”

The king answered, “Is he still alive? He is my brother.”

The answer should have been NO! But he says “He is my brother”, meaning….he too is a king like me….so of course I will let you live.

What???? NO!  All that work from the Lord to bring victory and he caves like that….was a wimp!  He makes the Treaty.  So God went a message:

“This is what the Lord says: ‘You have set free a man I had determined should die. Therefore it is your life for his life, your people for his people.’” Sullen and angry, the king of Israel went to his palace in Samaria.

Chapter 21 was an easier read for me.  In short, Jezelebl wears the pants!    Naboth was following the Law when he would not give the land (Numbers 27)

So after you read this horrible outcome of bringing false accusations and having Naboth killed,  the Lord sends a message of doom to Ahab…

BUT WAIT!  What was Ahab’s response??  Did he get angry?  Did he pout (like usual)? Nope….he humbled himself before the Lord for the first time.

Numbers 14:18 ‘The Lord is slow to anger, abounding in love and forgiving sin and rebellion. Yet he does not leave the guilty unpunished; he punishes the children for the sin of the parents to the third and fourth generation.’

1 Kings 21:28 Then the word of the Lord came to Elijah the Tishbite: 29 “Have you noticed how Ahab has humbled himself before me? Because he has humbled himself, I will not bring this disaster in his day, but I will bring it on his house in the days of his son.”

Gives me something to think about