In 1 Kings 16 we were altrady introduced to Ahab.  It said in verse 31: he also married Jezebel daughter of Ethbaal king of the Sidonians, and began to serve Baal and worship him. 32 He set up an altar for Baal in the temple of Baal that he built in Samaria.

First, Ahab and Jezebel was probably a political marriage to bring strength to Israel.  This marriage would combine Israel and Sidonia because there was a growing threat from the people of Damascus taking over.

The Sidonians (current day Lebanon) were known for worshipping Baal, a fertility god.  However, their god was specifically a storm god who controlled the rain.  I have to keep reminding myself that these kings are from the 12 tribes of Israel.  It’s mind-blowing.

The first verse in today’s read is:

Now Elijah the Tishbite, from Tishbe in Gilead, said to Ahab, “As the Lord, the God of Israel, lives, whom I serve, there will be neither dew nor rain in the next few years except at my word.”

Elijah begins our journey into the scriptures from the Prophets.  A prophet a person which the Lord uses to bring a message to the people, most often a warning.  It is a very dangerous job to carry out.  In chapter 18 we read that Jezebel was on a mission to kill as many prophets as she could find.  Meanwhile, Obadiah, a prophet himself, was trying to hide as many others as possible in caves to save their lives.  The Lord tells Elijah….(paraphrase)”Go and talk to Ahab, the horrible man with the crazy wife who has been looking for you JUST to kill you”.  What??? Ummmm no thanks!!  BUT HE DOES.

Chapter 18.  Sarcasm is my love language-so Elijah and I would be good friends for sure.  If you know this story: read it with fresh eyes, word for word (no oun intended. God will show you a new detail every time.  IF this is your first time reading it, God is in the details. 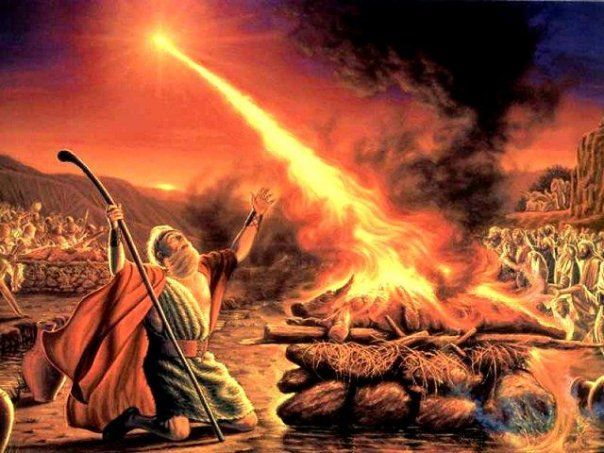 After reading this, what did you think about?

11 The Lord said, “Go out and stand on the mountain in the presence of the Lord, for the Lord is about to pass by.”

Then a voice said to him, “What are you doing here, Elijah?”