This can be confusing if you just read 2 Samuel and not 1 Chronicles with it at the same time.  1 Chronicles starts with:

“Satan rose up against Israel and incited David to take a census of Israel.”

There are many reasons to take a census: organizing a battle, taxing the people, BUT David’s motives were neither.  I am not sure if Satan incited a lack of trust in David that the Lord would win his battles for him regardless of his military size or pride in David’s accumulation.   Either way,  God allowed Satan to test him and he failed.   Even ruthless Joab said “What??” But David ordered him anyway.  As a leader, David’s actions brought a consequence to Israel.  God gave David an option for the consequence:

Now then, decide how I should answer the one who sent me.

Who is more merciful: men or God?

David said to Gad, “I am in deep distress. Let me fall into the hands of the Lord, for his mercy is very great; but do not let me fall into human hands.” (He chose Option 3)

God took the very thing that David put his confidence in his “70 units” of military strength.  God is a God of mercy and He relented.

David said to God, “Was it not I who ordered the fighting men to be counted? I, the shepherd, have sinned and done wrong. These are but sheep. What have they done? Lord my God, let your hand fall on me and my family, but do not let this plague remain on your people.” There it is!  David is back.  The man after God’s own heart! ❤️

OK, are you ready for this??

The Temple Location is Chosen.

I digress!  Back to today’s reading:  2 Sam 24:18: “On that day Gad went to David and said to him, “Go up and build an altar to the Lord on the threshing floor of Araunah the Jebusite.” So David went up, as the Lord had commanded through Gad.”  King David bought that land, under the instruction of God, and it was on that site the first temple was built. 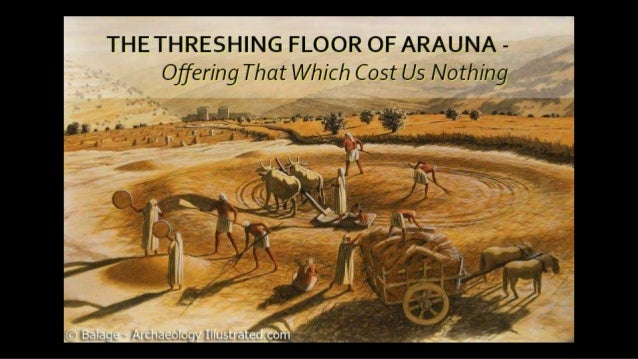 This is where the Temple will be built:

The Dome of the Rock stands in its place today, see picture below.  The rock inside the dome is where Islamic people believe Abraham prepared to sacrifice Isaac….but it is also the same rock where Islamic people believe Muhammad transcended to Heaven to hang out with prophets like Moses and Jesus, so they built a Mosque there until he, Muhammad,  returns).  Anyway, back to facts…😉, the Bible…not fiction 😂) 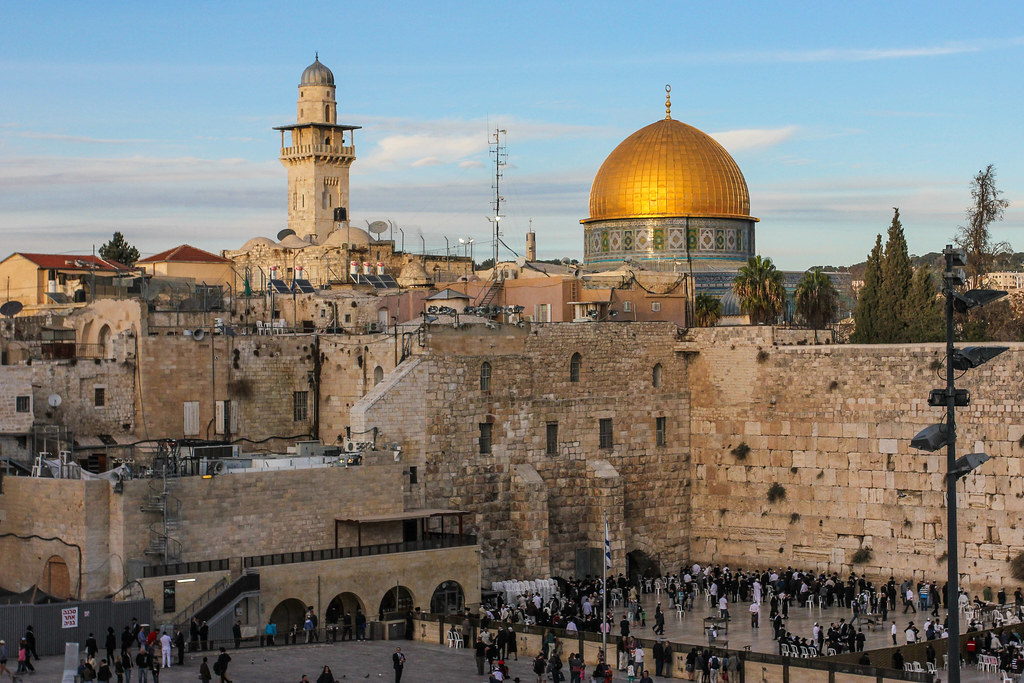 God chose a Threshing Floor.  Threshing is essentially dividing – separating the wheat from the chaff. Threshing is weaved throughout the whole Bible.  Even in the Psalms, we read about the contrast between the wicked and the righteous.  But my favorite is in the Gospel when John the Baptist is baptizing believers he says:

“I baptize you with water for repentance. But after me comes one who is more powerful than I, whose sandals I am not worthy to carry. He will baptize you with the Holy Spirit and fire.  His winnowing fork is in his hand, and he will clear his threshing floor, gathering his wheat into the barn and burning up the chaff with unquenchable fire.”

1 Chronicles 22- David begins collecting an enormous amount of material to build the Temple so the Ark of the Covenant could dwell there.  But we call it Solomon’s Temple (not David’s Temple) for a reason.

‘You have shed much blood and have fought many wars. You are not to build a house for my Name, because you have shed much blood on the earth in my sight.  But you will have a son who will be a man of peace and rest, and I will give him rest from all his enemies on every side. His name will be Solomon, and I will grant Israel peace and quiet during his reign. He is the one who will build a house for my Name. He will be my son, and I will be his father. And I will establish the throne of his kingdom over Israel forever.’

But….keep reading…a big IF is coming.  verse 13:
so that you may keep the law of the Lord your God. Then you will have success if you are careful to observe the decrees and laws that the Lord gave Moses for Israel. Be strong and courageous. Do not be afraid or discouraged.

Well, what’s your prediction?  Will Solomon observe the decrees and laws??