This is a VERY IMPORTANT READ.  It is not long so find a quiet place to hang on EVERY WORD.  We have talked about Covenant in the past.  There is conditional and unconditional.  The Covenants with Noah and Abraham were UNCONDITIONAL.  It did not matter what happened going forward God would NEVER break his Covenant.

The Mosaic  (Moses) Covenant, however, was “Conditional”.  The Covenant given at Mt. Sinai was dependent on Israel’s obedience to following the Laws given.  Blessings were dependent on obedience.

Regardless of all the jaw-dropping moments, we have read, God has never broken the Covenant with Abraham and Noah.  Now we come to one of the most important chapters in the Bible: The Covenant was given to David: The Davidic Covenant.

Let’s start with verse 1: After the king was settled in his palace and the Lord had given him rest from all his enemies around him, he said to Nathan the prophet, “Here I am, living in a house of cedar, while the ark of God remains in a tent.”

David is living in a palace made of Cedar (Cedar was a big deal back in those days) and God was living in a tent.  I can picture David looking out his window and his heart breaks over this.   HOWEVER, is God really living in a tent?? NO.  The ark is the symbol of His Presence for the community. God,  however, is everywhere!

Skip to Verse 7: Wherever I have moved with all the Israelites, did I ever say to any of their rulers whom I commanded to shepherd my people Israel, “Why have you not built me a house of cedar?”’  Code for “I don’t need a house!!”

Verse 8-11  Go back and circle all the “I” commands in the speech.  David is not the “caretaker” for the Lord, the Lord is the caretaker for David.  Click here.

Ready: Let’s do this…I am unglued!  This Covenant has 2 layers: Near Fulfillment and Far Fulfillment. David/Messiah. Start at verse 11

“‘The Lord declares to you that the Lord himself will establish a house for you: When your days are over and you rest with your ancestors, I will raise up your offspring to succeed you, your own flesh and blood, and I will establish his kingdom.  He is the one who will build a house for my Name, and I will establish the throne of his kingdom forever.  I will be his father, and he will be my son. When he does wrong, I will punish him with a rod wielded by men, with floggings inflicted by human hands.  But my love will never be taken away from him, as I took it away from Saul, whom I removed from before you.  Your house and your kingdom will endure forever before me  your throne will be established forever.’”

This is an unconditional covenant made between God and David through which God promises David and Israel that the Messiah would come from the lineage of David and the tribe of Judah and would establish a kingdom that would endure forever. The Davidic Covenant is unconditional because God does not place any conditions of obedience upon its fulfillment. (thank heavens!)

Jesus Christ was called the ” Son of David” according to the Davidic covenant. The promise that David’s house and throne would be established eternally is important because it is a prophecy concerning the coming Messiah—specifically, that He would come from the house of David.

David’s Prayer.  Picture David praying this in his lavish cedar palace surrounded by the warriors and “The Three” to protect him.  He is a King!  Yet this prayer….oh this prayer,  he has the perfect attitude about who he is and whose he is.

Ten times he referred to himself as “your servant” and eight times he called God his “Master”.  The flow of this prayer went: 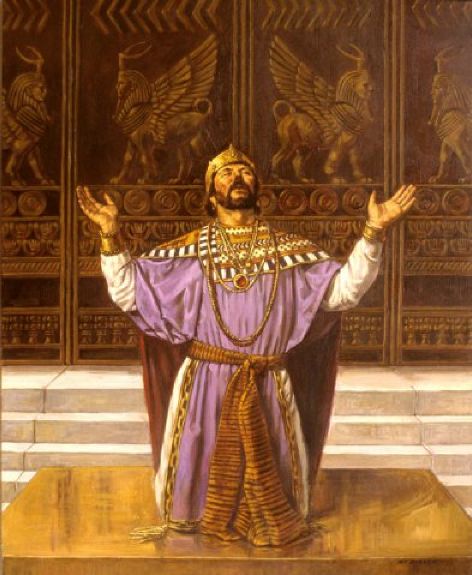