I posted an overview last night.  Scroll down below this one to see it.

The story of Samuel’s birth is a testimony to his Mother’s faith.  Elkanah had two wives:.  Hannah and Peninnah (Peninnah not nice!).  Hannah is a better person than me and takes her problem to the Lord (I probably would have punched her in the face). 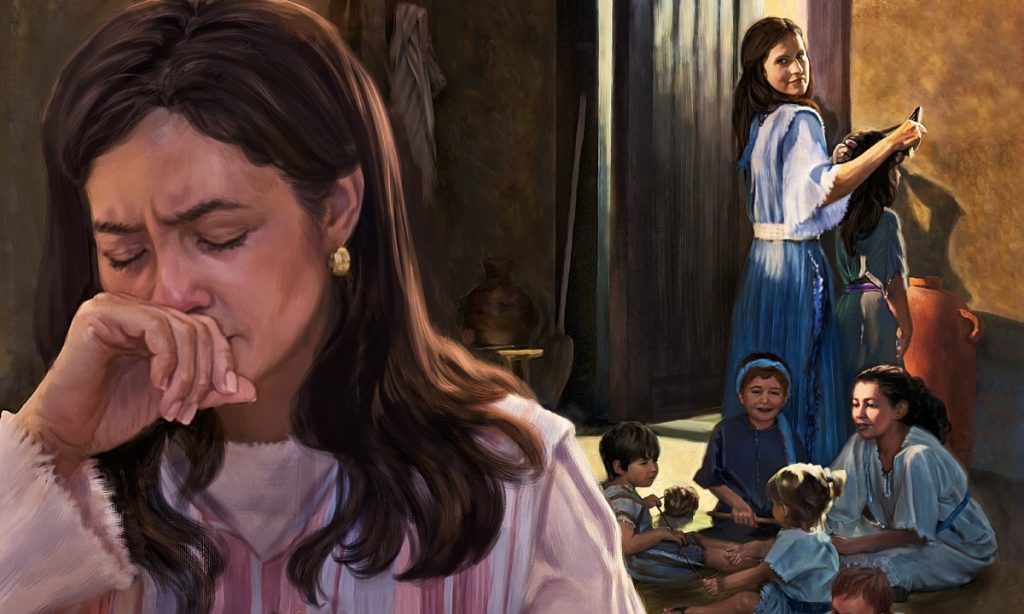 Where is the Tabernacle right now? (Jerusalem has not been chosen yet)  It is sitting in Shiloh.

Eli is now the High Priest at the Tabernacle in Shiloh.  Praying so hard that Eli assumed she was drunk she says:

“Lord Almighty, if you will only look on your servant’s misery and remember me, and not forget your servant but give her a son, then I will give him to the Lord for all the days of his life, and no razor will ever be used on his head.”

Trivia:  What’s that vow called?  Extra credit: without looking can you name the book/chapter it is from? 🤪

When God gave a barren woman a child it was with a huge purpose.  Well, Samuel is the last Judge to be raised. True to her promise, she gives him to the Lord

Hannah’s Praise in Chapter 2 has the same Praises that Mary verbalizes in Luke 1 when she conceives.

Eli’s house is a hot mess! The priests at the tabernacle were provided for but under strict restrictions.  The Lord gets the best part of the offering Leviticus 7:28.  Yet Hophni and Phineas ignored all the restrictions and acted like they were at a buffet.

Faced with mounting reports about the wicked deeds Eli’s sons were committing, he confronts them.  Among other things, they were even having sex at the entrance of the tabernacle.  (The women may have been practicing pagan rituals as temple prostitutes like the Canaanites would do at their shrines). As we learned earlier, ignoring the sins of a few affects the whole community.  Eli should have handled it, but chose to ignore it.

God does not let Eli nor his sons go unpunished.   A prophet comes and reminds Eli of his heritage:

Now a man of God came to Eli and said to him, “This is what the Lord says: ‘Did I not clearly reveal myself to your ancestor’s family when they were in Egypt under Pharaoh?  I chose your ancestor out of all the tribes of Israel to be my priest, to go up to my altar, to burn incense, and to wear an ephod in my presence. I also gave your ancestor’s family all the food offerings presented by the Israelites.  Why do you scorn my sacrifice and offering that I prescribed for my dwelling? Why do you honor your sons more than me by fattening yourselves on the choice parts of every offering made by my people Israel?’

As High Priest, Eii was just as responsible for ignoring the Law as his sons.

“‘And what happens to your two sons, Hophni and Phinehas, will be a sign to you—they will both die on the same day.  I will raise up for myself a faithful priest, who will do according to what is in my heart and mind. I will firmly establish his priestly house, and they will minister before my anointed one always.

This Prophecy will be fulfilled (obviously) in 1 Kings 2 when Solomon removes Eli’s line from the priesthood and raises up a new priest Zadok. (I am sure there is Messianic prophecy here too)

Samuel begins his relationship with the Lord.  (I cannot even begin to tell you how similar the “calling” is to my own life.  At 33 years old I heard the Lord for the first time, thinking it was people around me too.  Samual affirms the prophecy for Eli.  The Lord was with Samuel and all the people attested Samuel as a prophet to the Lord.

What is the one part of this reading that you underlined (with a pen or with your brain)?  Please share. 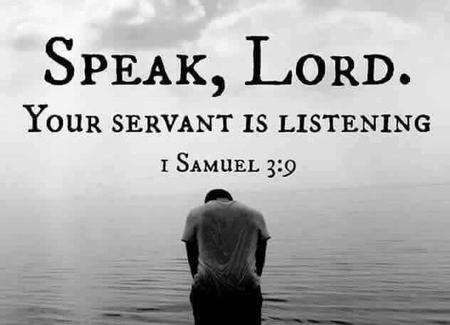