Tyre (and Sidon)-You can find Tyre on the coast just above Israel.  Tyre was a trading city that was very wealthy and very evil.  They controlled much of the trading through the port of the Mediterranean Sea.  It was wealthy, corrupt, and filled with prostitutes.

3 On the great waters
came the grain of the Shihor;
the harvest of the Nile was the revenue of Tyre,
and she became the marketplace of the nations.

4 Be ashamed, Sidon, and you fortress of the sea,
for the sea has spoken: These cities will fall and the event will devastate the other world powers who depend on their ports for profit.  Their evil ways will be disciplined and Isaiah warns them to flee!  Get on your boat and go to Tarshish!

8 Who planned this against Tyre,
the bestower of crowns,
whose merchants are princes,
whose traders are renowned in the earth?
9 The Lord Almighty planned it, (Yes He did!!)
to bring down her pride in all her splendor
and to humble all who are renowned on the earth.

Tyre will be restored as an image of how wealth should properly be managed by God’s people.

18 Yet her profit and her earnings will be set apart for the Lord; they will not be stored up or hoarded.

The Next 4 chapters might be titled “The Apocolypse of Isaiah” or “God’s Purpose in Judgement”.

Think of it like a movie camera focused in and slowly pulled back.  It is focused on Judah, then Israel, then surrounding nations, and finally the whole world.  There is NO DOUBT you will see End Time Prophecies as you read this.  God’s universal judgment on sin and his victory over evil in the end.

I am going to pull out a few verses BUT the whole read (worth hitting “listen” at the top too) is worth hanging on every word.. God will not show favoritism.

5 The earth is defiled by its people;
they have disobeyed the laws,
violated the statutes
and broken the everlasting covenant.

The floodgates of the heavens are opened,
the foundations of the earth shake.
19 The earth is broken up,
the earth is split asunder,
the earth is violently shaken.
20 The earth reels like a drunkard,
it sways like a hut in the wind;
so heavy upon it is the guilt of its rebellion
that it falls—never to rise again.

When God conquers he will open the New Heaven and the defiled earth will be gone!  (I can’t wait for Revelation!) 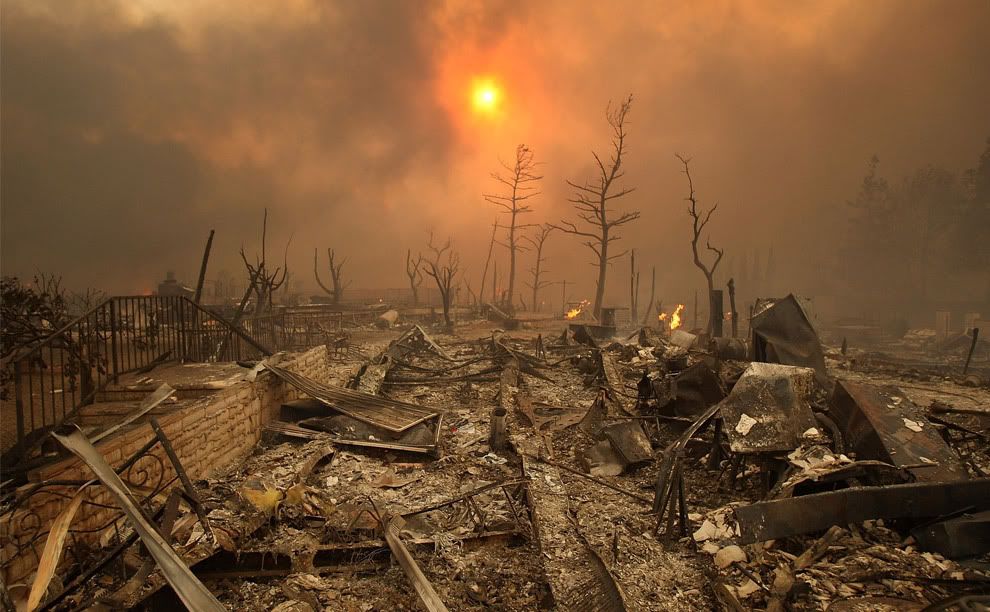 25:2 You have made the city a heap of rubble,
the fortified town a ruin,
the foreigners’ stronghold a city no more;
it will never be rebuilt.

6 On this mountain the Lord Almighty will prepare
a feast of rich food for all peoples,
a banquet of aged wine—
the best of meats and the finest of wines.

8     he will swallow up death forever.
The Sovereign Lord will wipe away the tears
from all faces;
he will remove his people’s disgrace
from all the earth.
The Lord has spoken.

I basically underlined the rest of the read, but here are a few: (maybe one, is the one you need today) 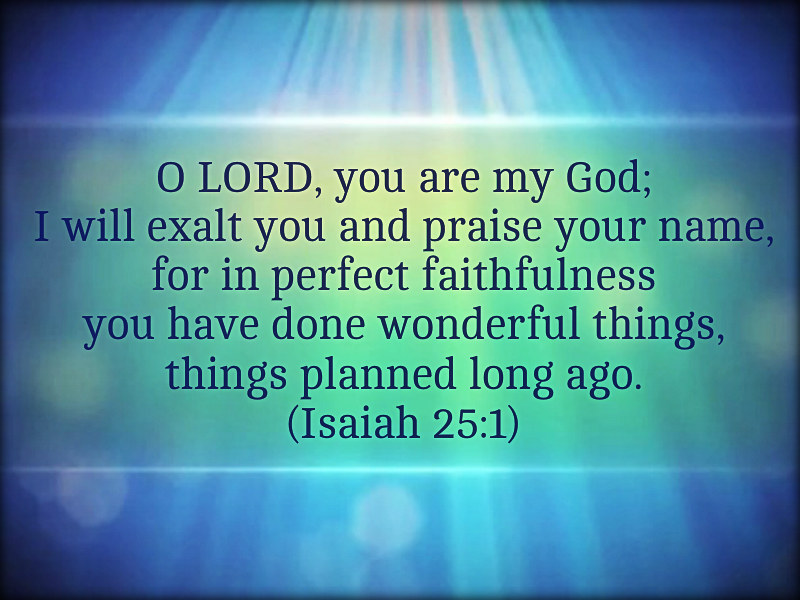 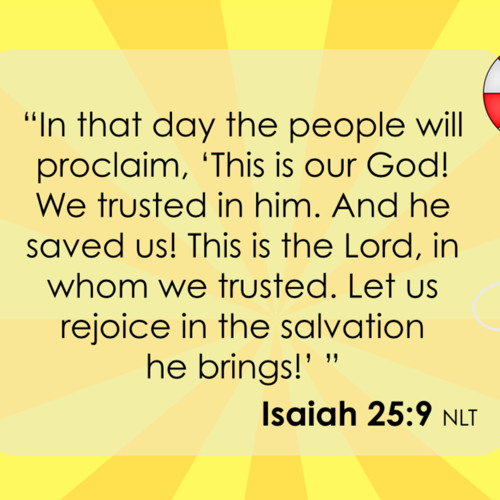 Chapter 26 reminds us that there will be a resurrection of the dead.  Jesus conquers death and we will rise up and be in the presence of the Lord!

But your dead will live, Lord;
their bodies will rise—
let those who dwell in the dust
wake up and shout for joy—
your dew is like the dew of the morning;
the earth will give birth to her dead.

Chapter 27 ends with a Double Reference both “near’ and “far” prophecy.  The judgment of the lost and the restoration of his people from the Babylonian Captivity, and the gathering of HIs people after the apocalypse:

12 In that day the Lord will thresh from the flowing Euphrates to the Wadi of Egypt, and you, Israel, will be gathered up one by one. 13 And in that day a great trumpet will sound. (do you remember us talking about the significance of the trumpet…The Lord will fight for you) Those who were perishing in Assyria and those who were exiled in Egypt will come and worship the Lord on the holy mountain in Jerusalem.