The Philippines rules 5 major cities: Ashdod, Ashkelon, Ekron, Gath, and Gaza.  Gaza lay on the Mediterranean coast, in the heart of the Philistine territory. It was probably a popular “Party Town”  on the coast for compromising Israelites, as well as for the pagan Philistines.

As the judge assigned to destroy the Philistines, his presence there for recreational purposes was inappropriate, to say the least. Going to Gaza also reveals Samson’s great self-confidence, since, after 20 years of judging Israel, he was undoubtedly the “most wanted man” in Philistia.

By verse 3 this has already happened! 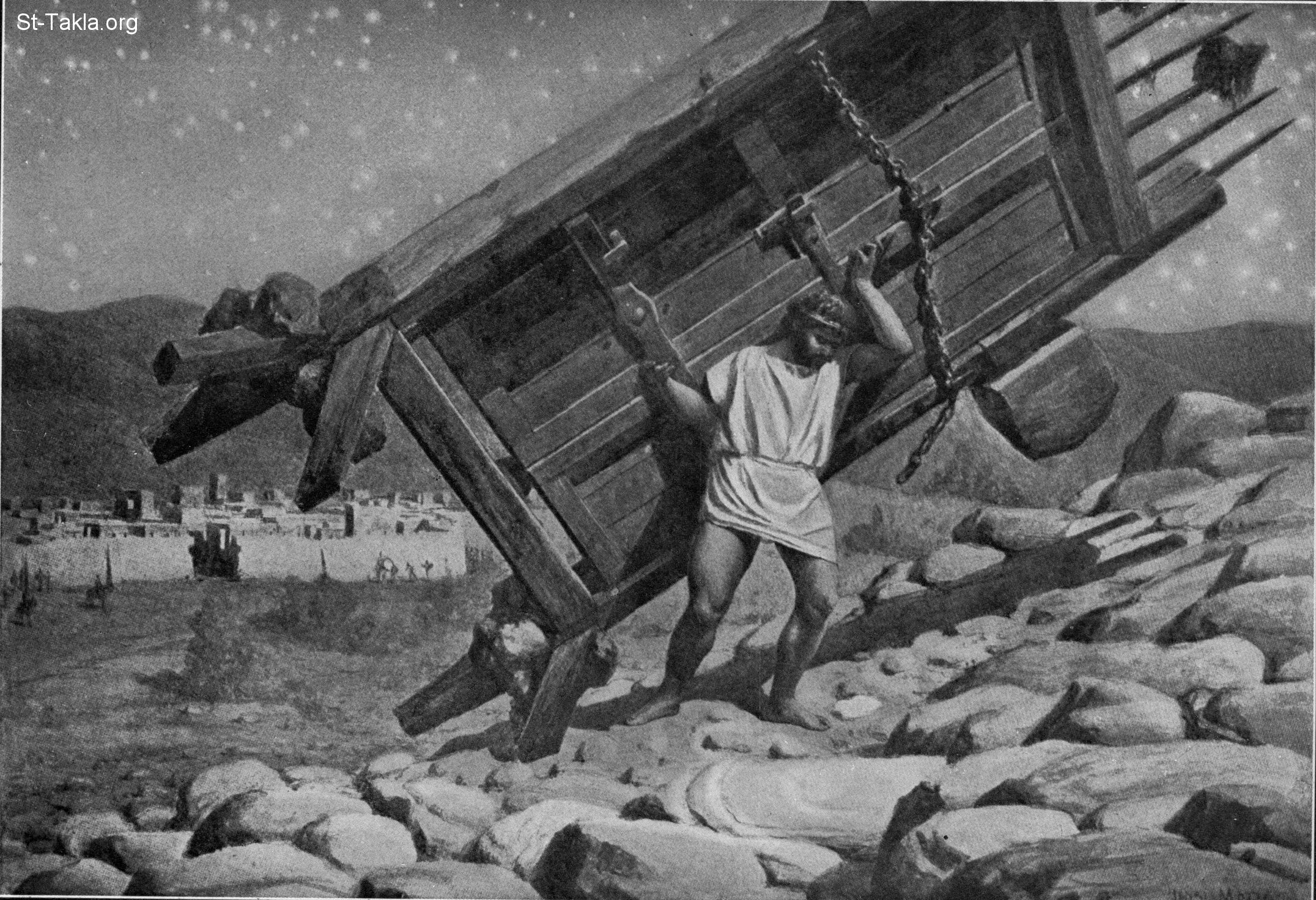 Delilah: So the name evidently means “devoted”.  As I researched it, I came to the conclusion that her name was given to her as possibly a temple prostitute.  (the temple to the god Dagon)

Samson, now in enemy territory, posed a great threat to the Philistines! The Philistines” initiated the plan to capture him, and they offered an enormous reward to Delilah, which would have made her extremely rich.  In today’s value, they offered her about $15 million collectively.

Samson eventually gives in to her “nagging”.  (See Todd, I learned this from the Bible!). Samson’s eyes which have been the majority source of his repeated transgressions are gouged out and he is taken to Gaza and imprisoned.  (The very place he showed his strength ripping off the gates).

Verse 23: The Philistines offer a sacrifice to their God: Dagon for putting Samson into their hands. (Correction, The Lord put him in their hands for this moment).  Dagon was the chief god of the grain and harvest.  Many temples were built to worship him and often it included human sacrifice which entertained the crowds.   So everyone came to see the great Samson as a slave.  They celebrated their god was stronger (they assumed).

“Sovereign Lord, remember me. Please, God, strengthen me just once more, and let me with one blow get revenge on the Philistines for my two eyes.”

Even though once again, the prayer was motivated by personal vendetta and not for the sake of God’s people, God still used him to kill more Philistines through this prayer and the death of Samson,  than when Samson was alive.

Samson was a representation of Israel.  They both:

The rest of Judges shows Israel falling to idolatry, moral decline, and petty fighting. As we read chapters 17 and 18 you need to remember what it was “supposed to look like” so that you can grasp how FAR from the Lord they are.

“Everyone did as they saw fit”.

Micah turns out to be an idol worshiper.  After he returns the silver to his mother she decides to dedicate the silver to the Lord BUT makes an idol out of it too.  Michah even has a household shrine with an ephod and some idols.  Here is where it gets really interesting:  he hires his own Priest!

Apparently, the Israelites no longer supported the priests and Levites because so few people were properly worshipping God.

Verse 17:6 “In those days Israel had no king, everyone did as they saw fit”.

Chapter 18: Why was the tribe of Dan looking for land?? They were given Land. Does anyone want to call in sick and break this chapter down verse by verse to see how much is wrong (how far the tribes have moved from serving the Lord).  I will!!  Reread it slowly!  Your head will explode.

They didn’t trust the Lord to conquer their own land and the Amorites had it so they went out to take land from the other tribes.  Got it!  They found a land that they liked in Laish.

So on their way there they come across Micah’s idols and hire his priest to be their priest.  (This is a Netflix show!)  When Micah discovers the robbery he goes after the Danites but realizes he has outnumbered and gives up.  The Danites take the land and set up the idols they had stolen to worship.

300 years have passed and we have people setting up their own religious practices.

If you think that is bad….wait until tomorrow!

IF YOU ARE STARTING TO GET CONFUSED, you aren’t.  Your head should be confused and spinning because “In those days Israel had no king, everyone did as they saw fit”.

So if you read a whole chapter and you think “that doesn’t make sense”, then that’s the point.  If you went back and reread today you will see none of it lines up with what God asked them to do.