Jesus heals many:  Jesus’ healings were to acknowledge who he was.  He quotes Isaiah 53 when healing Peter’s mother-in-law with a word!

“He took up our infirmities
and bore our diseases.”

The Cost of following Jesus:  To be a true follower of Jesus, He comes first.  This is hard to think about as a mom.  His expectations are sacrifice and uncompromising obedience even in the face of family obligations.  When the disciple said “let me bury the dead”, we know that there is always an inheritance.   The cost of being one of HIs faithful followers may mean putting aside material desires.

The next 2 miracles prove that Jesus has full authority even over what we cannot see.  He has authority over nature and demons.  Everything is at his command.  The disciples are WITH Jesus (as you are) and he says “what little faith”.  Jesus said “Let’s go to the other side”…and they said when the storm came “we are going to drown”.  Ummmm???Compare that to some of the other miracles of the Gentiles, like the Centurian,  who Jesus says “I have never seen such great Faith”.

I know it is tempting to read your subtitle and say “we already read that”.  Please do not skim over it.   Each account is so different and you will be blessed when you read the details and differences.  Read the demon-possessed man account in Mark!  It is very detailed.  I love Mark!

I hate to give the enemy ANY blog time…but it is important that we understand who he is, but more importantly how limited in power he is!  In the Old Testament demons were present.  If we think back to some of the horrible stories we read,  it is obvious that they were at work (and still are today).  But their presence is seen because they recognize the Messiah.  We know that Satan was a  beautiful angel.  God called him Morning Star but his name was Lucifer. He became arrogant in his beauty and status and decided he wanted to sit on a throne above that of God.  Satan’s pride led to his fall. Notice the many “I will” statements in Isaiah 14:12-15. Because of his sin, God permanently removed Satan from his exalted position and role.

12 How you have fallen from heaven,
morning star, son of the dawn!
You have been cast down to the earth,
you who once laid low the nations!
13 You said in your heart,
“I will ascend to the heavens;
I will raise my throne
above the stars of God;
I will sit enthroned on the mount of assembly,
on the utmost heights of Mount Zaphon.
14 I will ascend above the tops of the clouds;
I will make myself like the Most High.”
15 But you are brought down to the realm of the dead,
to the depths of the pit.

Satan became the ruler of this world and the prince of the power of the air. He is an accuser, a tempter, and a deceiver. His very name means “adversary” or “one who opposes.” Another of his titles, the devil, means “slanderer.”

Even though he was cast out of heaven, he still seeks to elevate his throne above God. He counterfeits all that God does, hoping to gain the worship of the world and encourage opposition to God’s kingdom. Satan will do anything and everything in his power to oppose God and those who follow God. However, Satan’s destiny is sealed—an eternity in the lake of fire (Revelation 20:10)!! I cannot wait to read Revelation!!

The story of the demon-possessed men: 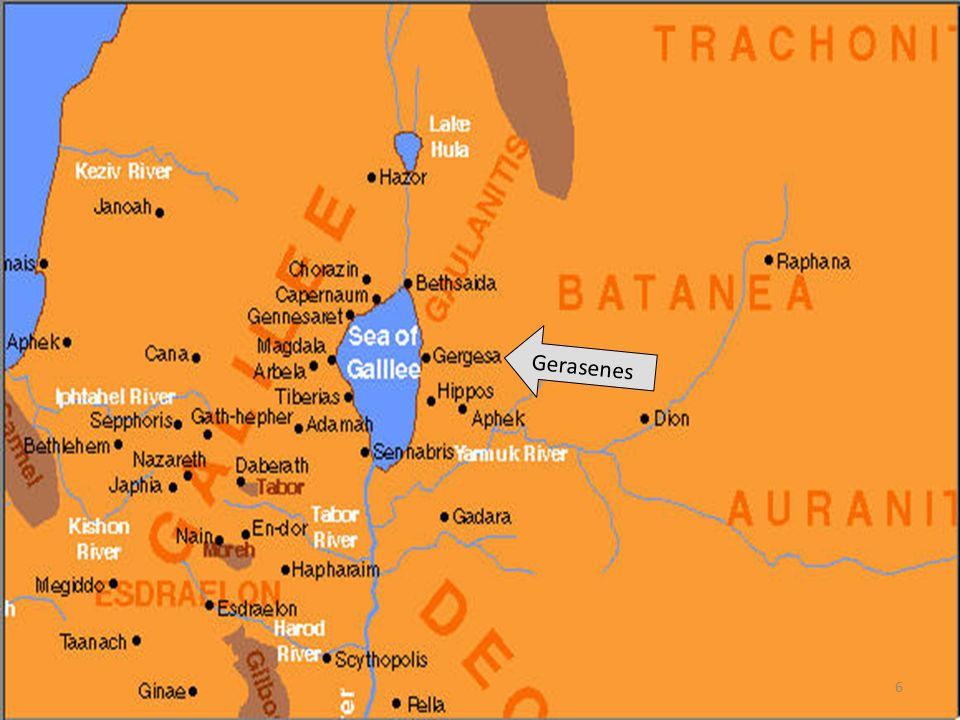 So if you read the “400 Years of Silence” post you might remember that when Rome took over,  the Romans subdivided the land.  East of the Sea of Galilee is called the Decapolis. 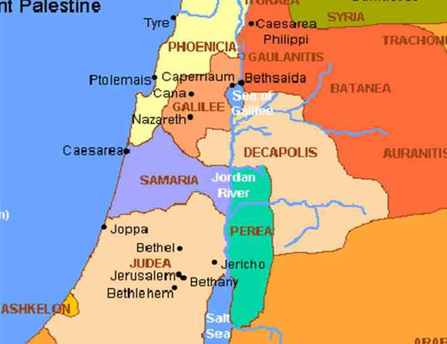 The demons (once being angels) would immediately know and fear the Messiah.

Mark 5:6   When he saw Jesus from a distance, he ran and fell on his knees in front of him. 7 He shouted at the top of his voice, “What do you want with me, Jesus, Son of the Most High God? In God’s name don’t torture me!”

When Jesus asked him his name,  he said “Legion”.  Well, this makes sense knowing the geography: it was a Roman word used for a large group of fighting men (up to 5,000).  There were pigs nearby (another hint that this is a Gentile region because Jewish people would never touch a pig) So to save themselves from being thrown into the Abyss (their ultimate destiny) they requested to be cast into the pigs (I am sure they would feel right at home being in a pig).

Why the demons begged to be allowed to enter the pigs is never stated.   It could be because they didn’t want to leave the area where they had been successful in doing their mischief among the people. Perhaps they were drawn to the unclean animals because of their own filthiness. The demons may have made this strange request because it was their last chance to avoid confinement in the Abyss. Whatever their reasoning, it is clear from the account that demons had little power of their own and were unable to do anything without Jesus’ permission. As Christians, we can take comfort in the knowledge that God has complete control.  (Wow, reminds me of Job….that seems like years ago we read Job).

So then what happens??? Oh my stars!  Rather than people rejoicing over the healed man….they saw their business ($$) go over the hillside and begged Jesus to leave the area!

The last 2 stories today show that Jesus does not show favorites.  Rich or Poor.  He took a 12-year-old girl and a 12-year infliction on the poor.