The first line alone should say it all:

The Pharisees and Sadducees came to Jesus and tested him by asking him to show them a sign from Heaven.

Let me phrase that in another way, so you get it ” Trump and Biden came together….”  That’s how controversial this is!  The Pharisees and Sadducees are opposite parties! However, together they should know the sign of the times they are in!  They witnessed miracles, but they want to see something different, some sign from Heaven. (They will….it’s the sign of Jonah, after 3 days He will rise again)

Then the Bread story:

7 They discussed this among themselves and said, “It is because we didn’t bring any bread.”

They did have faith, BUT they didn’t have the FULL faith that was needed yet to participate in Jesus’ ministry. 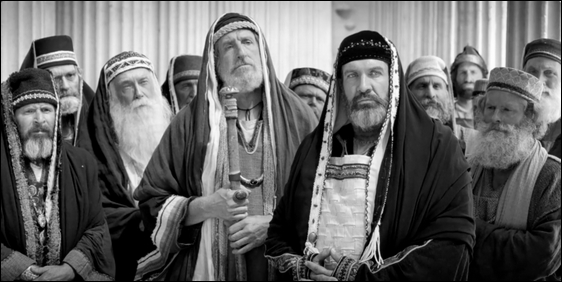 So what would be an example of the “yeast” that the Pharisees and Sadducees would teach that could rise up in you?  (Yeast synonymous with sin).  Well, if you go back to yesterday’s post you could probably put it together.  The Pharisees would preach legalism, tradition, and works (sounds like some familiar teachings today).  The Sadducees were more political and believed in self-preservation, status, and money-very “worldly.”  (Also very familiar teachings).  Just a little of either teaching is like yeast and would rise up in us and eventually take over our doctrine.

Caesarea Philippi is near the foot of Mount Hermon, it became the religious center for worship of the Greek god, Pan (you may have seen the images, half-man,  half-goat, plays the “pan” flute).  Caesarea Philippi was a place to worship Greek gods.  In the cliff that stood above the city, local people built shrines and temples to gods and to worship Caesar (thus the name of the city).

To the pagan mind, the cave at Caesarea Philippi created a gate to the underworld, where fertility gods lived during the winter. The pagans of Jesus’ day commonly believed that their fertility gods lived in the underworld during the winter and returned to earth each spring. They saw water as a symbol of the underworld and thought that their gods traveled to and from that world through caves. They believed that this city was literally at the gates of the underworld: the gates of hell. In order to entice the return of their god, Pan, each year, the people of Caesarea Philippi engaged in horrible deeds, including prostitution and sexual interaction between humans and goats.

Many were saying Jesus was John the Baptist (well they got that from Herod who was freaking out that JB had come back from the dead to get revenge), others say He was Elijah (the Prophet foretold he would to pave the way and he has not had an earthly death yet),  and some said Jeremiah (both were called before birth, a prophet to the nations, spoke of the temple destruction, and wept for Jerusalem).

16 Simon Peter answered, “You are the Messiah, the Son of the living God.”

17 Jesus replied, “Blessed are you, Simon son of Jonah, for this was not revealed to you by flesh and blood, but by my Father in Heaven. 18 And I tell you that you are Peter, and on this rock I will build my church, and the gates of Hades will not overcome it. 19 I will give you the keys of the kingdom of Heaven; whatever you bind on earth will be bound in Heaven, and whatever you loose on earth will be loosed in Heaven.” 20 Then he ordered his disciples not to tell anyone that he was the Messiah.

Peter said he believed Jesus was “the Christ,” the Messiah that the Old Testament prophesied.  Matthew’s only use of Peter’s full name here, “Simon Peter,” highlights the significance of the declaration.  Peter further defined Jesus as “the Son of the living God.” Peter’s great confession here was an important benchmark in their understanding and faith.

18 And I tell you that you are Peter, and on this rock I will build my church, and the gates of Hades will not overcome it.

Which Rock?? The one they are standing on?  On Peter (his name means “Rock)”? Or what Peter said?

“and the gates of Hades will not overcome it.”

Jesus then predicts his:

Now, this will not make complete sense to the Disciples, BUT when it happens, it will take them from “little faith” to that “Servant Faith!”

Get behind me Satan!

He was NOT calling Peter Satan.  He was however recalling when He was tempted in the desert.  Peter did not WANT this to happen, but Jesus reminds him we must die to self.  It is what The Lord will do.