OK, back to Luke. Wait…before we begin:

We open the Gospel with GOD REMEMBERS HIS OATH!! 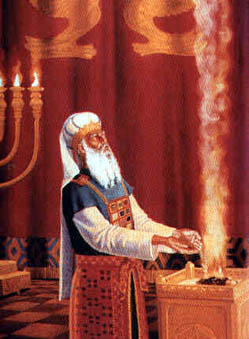 The angel tells him that his barren wife will give birth.  (Impossible made possible) and here is the “Bridge” between Old Testament and the New Testament.  A scripture from Malach 4:5 bridged to Luke: (God remembers His Oath through Zechariah and Elizabeth)

“Do not be afraid, Zechariah; your prayer has been heard. Your wife Elizabeth will bear you a son, and you are to call him John. 14 He will be a joy and delight to you, and many will rejoice because of his birth, 15 for he will be great in the sight of the Lord. He is never to take wine or other fermented drink, and he will be filled with the Holy Spirit even before he is born. 16 He will bring back many of the people of Israel to the Lord their God. 17 And he will go on before the Lord, in the spirit and power of Elijah, to turn the hearts of the parents to their children and the disobedient to the wisdom of the righteous—to make ready a people prepared for the Lord.” (Luke 1:16 and Malachi 4.5)

John will come before the Messiah in the spirit of Elijah the prophet. He will be dedicated to the Lord as “His” through a vow called a Nazarite Vow.

A parent could dedicate their child to the Lord by committing them to not drink alcohol, cut their hair,  or touch a dead carcass. Other Nazarites in the Bible included Samson and  Samuel.

Elizabeth recognized the miracle that they were able to conceive.  Zechariah was in doubt and the Lord kept him silent until the day of the birth. (Wait for it…..there is a test of Faith here Zechariah will get an A+ on)

The same angel,  Gabriel,  now speaks to Mary about Jesus being born through her.  She is from a small town called Nazareth, so insignificant the Bible had to note:  Nazareth, a town in Galilee.

26 In the sixth month of Elizabeth’s pregnancy, God sent the angel Gabriel to Nazareth, a town in Galilee, 27 to a virgin pledged to be married to a man named Joseph, a descendant of David.

It is very important that the “legal” (not birth) father is a descendant of David.  In 2 Samuel 7 we read about the Davidic Covenant. This is an unconditional covenant made between God and David through which God promises David and Israel that the Messiah would come from the lineage of David, the tribe of Judah, and would establish a kingdom that would endure forever. The Davidic Covenant is unconditional because God does not place any conditions of obedience upon its fulfillment.  It’s HIS Covenant-His Oath. 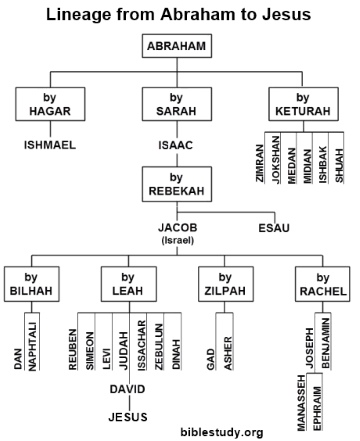 Jesus, the Greek word for ‘Joshua’ in Hebrew means “The Lord Saves”. Do notice that Mary believes Gabriel not just because an angel is before her but because she is a woman of faith, and KNEW the Word of God through studying scripture.  How do I know this??  Read her song we call the Magnificat-weaved through this song are roughly 15 Old Testament quotes.  This young woman knew her Scriptures.

When John is born, Zechariah’s family adhered to the law by circumcising and naming him on the 8th day.  Naming a child after the father meant he would follow in his footsteps.  They knew this would be an only child so others at the circumcision just assumed he would be a “Junior”.  Zechariah’s decision to name him John was a profession that it was only by God that he had a son (even though he was conceived the old fashioned way).  A+ !  And Zechariah’s mouth was opened and he immediately praised God through a song too called the Benedictus. (To be Blessed)

The word “Word” was Logos which spoke to both the Jew and the Gentile.  The word God was so reverent that they used other words in its place.

This is the foundational scripture of the Trinity being present at the creation of the World.  Genesis 1 says:

In the beginning God created the heavens and the earth. 2 Now the earth was formless and empty, darkness was over the surface of the deep, and the Spirit of God was hovering over the waters.

Jesus is the Word. (How do we know it is the 3rd part of the Trinity?… How can we defend Genesis 1 that Jesus was present at the creation?

14 The Word became flesh and made his dwelling among us. We have seen his glory, the glory of the one and only Son, who came from the Father, full of grace and truth.