(This is a good one to listen to)

Woe to you who are complacent in Zion,
and to you who feel secure on Mount Samaria,

Woe…Lookout! Beware! Those that are complacent. Remember, this message was brought during a time of prosperity.  All of chapter 6 is talking about those who had their own “house”. (wait…I have a house!)To summarize, the sins of the Israelites were excessive entertainment, relaxation, food, music, drinking, and cosmetics.  Interesting isn’t it!

You drink wine by the bowlful
and use the finest lotions,
but you do not grieve over the ruin of Joseph.

I know we talked about this is Psalms: We ask the Lord to break our hearts for what breaks His.  In James 4:8 it says:8 Come near to God and he will come near to you. Wash your hands, you sinners, and purify your hearts, you double-minded. 9 Grieve, mourn and wail. Change your laughter to mourning and your joy to gloom.

We should be weeping over the sin of the nation, we should mourn for the lost that act lost…they are lost!  Instead, we throw stones or laugh when they fall.  (Gosh am I a Debbie Downer today).  We need to pray that our hearts soften to those around us and grieve over their ruin.  Not rejoice. Sorry…I watched the news last night…it’s a mess out there.

14 For the Lord God Almighty declares,
“I will stir up a nation against you, Israel,
that will oppress you all the way
from Lebo Hamath to the valley of the Arabah.”

Spoiler Alert: We know that nation will be Assyria.  Lebo Hammath and Arabah are the northern and southern boundaries of Israel.  God will raise up Assyria as an instrument to discipline the prideful nation-Israel. (Eventually, Judah will be disciplined too)

-Amos next recorded visions that he received from the Lord that described the results of the coming judgment of Israel.  Let’s put the remote back in our hand:

The first channel is a swarm of locusts that will devour the crops.  This is like a “movie trailer”.  Totally a split-screen (picture in picture).

Change the Channel.  Now we see a vision of fire.

Then the mic drops.  A plumbline.  Now, for you whippersnappers who don’t know what a plumbline is…back in my day, we hung wallpaper.  We tied a weight to the end of a string and hung it down the wall to give us a straight line…if you were fancy you dipped it in chalk and when you hung it, it left a mark on the wall.  Here is the deal: it was a perfect upright line.  Without it, everything was off-centered, crooked and eventually, when you got to the end it didn’t match at all!

What is the plumbline THEN and STILL is today?  God’s Word.  It is the straight line that everything should be measured from.  By comparing where Israel is to God’s plumbline there is only 1 thing left to do since they are so crooked now:

“‘Jeroboam will die by the sword,
and Israel will surely go into exile,
away from their native land.’”

Do you think a pagan priest from Bethel is going to take this message of doom sitting down?  NO!  He kicks Amos out but Amos get the last word:

“‘Your wife will become a prostitute in the city,
and your sons and daughters will fall by the sword.
Your land will be measured and divided up,
and you yourself will die in a pagan country.
And Israel will surely go into exile,
away from their native land.’”

Chapter 8-The Lord showed Amos a basket of summer fruit. The Lord asked him what he saw, he replied that he saw a basket of ripe summer fruit. Normally this would have been good associated with a harvest. Then God told him that Israel was also ripe, but ripe for judgment. The time would come to consume the fruit. Just as the final fruit of the summer signaled the end of the harvest season, so God’s ‘end’ for Israel was now at hand. God would judge the religious hypocrisy and greed of the people.

There is a lot of detail in this chapter and we can spend all day talking about it (but I am sure you are ready to move on with your day) but God does hone in on Dan: (memory recall: Who is Dan?)- put in comments.

14 Those who swear by the sin of Samaria—
who say, ‘As surely as your god lives, Dan,’
or, ‘As surely as the god of Beersheba lives’—
they will fall, never to rise again.”

Chapter 9. If you are having a hard time picturing the captivity, Chapter 9 is a pretty good description.  As we read we need to always look for the Covenant.  Will there be a survivor from the Line of David to bring the promised Messiah???

8 “Surely the eyes of the Sovereign Lord
are on the sinful kingdom.
I will destroy it
from the face of the earth.
Yet I will not totally destroy
the descendants of Jacob,”
declares the Lord.

I end on a triple split-screen.  (Like Fox news likes to do)

15 I will plant Israel in their own land,
never again to be uprooted
from the land I have given them,”

says the Lord your God.

The short story is: Israel was not a nation for 2000 years until May 14th, 1948.  We will definitely talk about this when we get to Ezekial.  BUT President Truman, a man that read his Bible was given an opportunity to recognize Israel as a state,  AND DID (against Roosevelt’s recommendation not to get involved (not sure he has a Bible).  However, I find it ironic that our county’s prosperity has grown ever since Truman signed this: 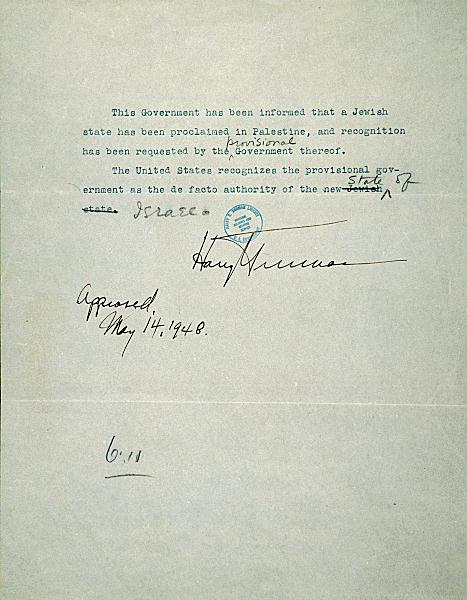