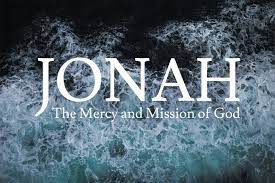 I am going to tell you the beginning and the end: It starts with Jonah being called to the mission field.

The word of the Lord came to Jonah son of Amittai: 2 “Go to the great city of Nineveh and preach against it, because its wickedness has come up before me.”3 But Jonah ran away from the Lord and headed for Tarshish.

The contrast between Nineveh and Tarshish was vast. Nineveh was located east of the Tigris River in modern-day Iraq. It was more than 500 miles east of Jonah’s hometown. Tarshish, in contrast, was west of Gath-Hepher. In fact, Tarshish stood more than 2,500 miles from Israel in the opposite direction of Nineveh. It was the most remote destination available to Jonah. Jonah was trying to put as much distance as he could between himself and the Ninevites “Assyrians”. Actually between himself and God.

You can read this story from “our” perspective or you can try to think of it from God’s perspective.  There is not one person on this Earth that God would close the door of Salvation.

Jonah was from Gath-Hepher, a town right outside Nazareth (Jesus’ hometown).  Nineveh is the capital of Assyria. (Modern day Iraq)  The Assyrians were a huge and cruel nation.  They were warriors that built their kingdom on their pillage from other countries.  Their morals were horrible.  The Assyrian kings kept a detailed record of their conquests and made art of their brutalities to hang on their walls.  They spread complete fear throughout the land in order to keep the nations in line to collect taxes.

Archeologists have uncovered some of their documentation: here are the people of Ninevah:

Many scholars are divided over whether this book is fiction, an allegory, a parable, or a prose poem.  However, here is the deal…do you believe God created the heavens and the earth in 6 days? Do you believe God consumed a sacrifice with fire that was soaked in water? Do you believe the words written in red that Jesus spoke?  I do.

So a quick summary of what you are about to read. Jonah gets “called” to Nineveh, this cruel horrible city to denounce the wickedness of the people.  Jonah says, No and gets on a boat and heads in the opposite direction.

NO that is not why he goes the other way!!! He goes the other way because he KNOWS God and He knows that if he is sending him on a mission then He is at work! And they probably will repent and be forgiven and he does not want that.  Jonah hates the Assyrians.  Spoiler alert:  At the end of the book Jonah admits WHY he did not want to go:

I knew that you are a gracious and compassionate God, slow to anger and abounding in love, a God who relents from sending calamity.

This story is NOT about a fish, it is about God’s Love.  God’s Mercy.  God’s Grace.  His love extends to the whole world, even the worst people in the world. (Thank Heavens for me!!)