Tomorrow will be our LAST day in Genesis.  Can you believe it!  It started a little slow reading  Job for 2 weeks but these past two weeks has been like the Bible on steroids!  It was intense!

Chapter 46:  God made a Covenant to bring the Hebrews to a specified land.  Jacob is in that land.  That was the plan after all.  Jacob now has to leave the land to move to a foreign land, Egypt.  This must have been the most difficult decision Jacob has had to make. Paraphrase:  “Go live in a land that is foreign, oh and by the way,  your people and your occupation are detestable to them”.  So now what?  Jacob goes to Beersheba.  I know that sounds familiar to you, right?  Beer in Hebrew means “well” (my husband would love a well filled with beer!), and Sheba means “seven” or “oath”.  Jacob is at the very spot Abraham made an oath to Abimelech, where Hagar retreated to when she fled with  Ishmael, where God appeared to Isaac and affirmed the covenant, and now where Jacob will build an altar to worship the Lord and hear from Him one last time:

“I am God, the God of your father,” he said. “Do not be afraid to go down to Egypt, for I will make you into a great nation there. I will go down to Egypt with you, and I will surely bring you back again. And Joseph’s own hand will close your eyes.”

The peace that must have washed over Jacob!  Do not be afraid of this land and these people.  I will be with you!  You will see your son before your death. 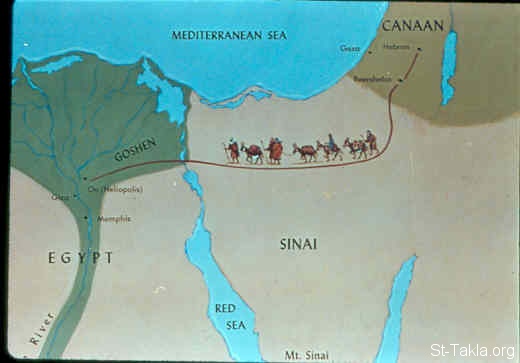 We transition to a long list of names.  Did you skim?? If you said no, just know that lying is a sin! 😉

If this is not your first read through the “priesthood” should have stood out to you:

If you remember the Tamar/Judah incident (my contraception post!) this will make sense:

If you did skim make sure you did not miss each section was totaled subtotaled and then totaled 70 in all.  Here is a cool fact: In chapter 10, the descendants that represented Adam were 70 and now we have 70 descendants representing the children of Israel.  And the Sanhedrin in the NT will be comprised of 70 men using this number as a model.

Joseph plans a way for his family to live outside the city limits.  Egypt, in the Delta, was an agricultural society. Herding was seen as cruel and disgusting to them.  Living in Goshen will allow the Hebrews to have a distinct nation without the influence of the Egyptians. They can continue to worship their God without the culture of Polytheism in their mix. 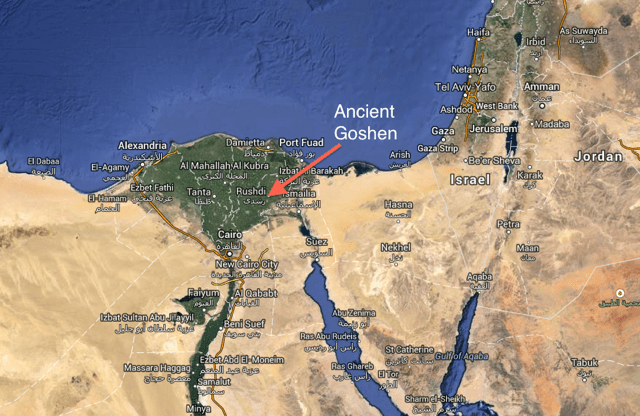 Chapter 47:  I wasn’t brought up Christian.  My mom didn’t own a bible (she believed in Salvation through Catholic sacraments) and my dad is an atheist.  I am telling you this because when I would refute there was a God, one of many comments would sound something like “If there is a God, why did he promote slavery???

You can’t defend the Word of God if you don’t know it.  We are reading a chapter where it appears God promotes slavery.  No. He. Doesn’t.

18 When that year was over, they came to him the following year and said, “We cannot hide from our lord the fact that since our money is gone and our livestock belongs to you, there is nothing left for our lord except our bodies and our land. 19 Why should we perish before your eyes—we and our land as well? Buy us and our land in exchange for food, and we with our land will be in bondage to Pharaoh. Give us seed so that we may live and not die, and that the land may not become desolate.”

20 So Joseph bought all the land in Egypt for Pharaoh. The Egyptians, one and all, sold their fields, because the famine was too severe for them. The land became Pharaoh’s, 21 and Joseph reduced the people to servitude,[c] from one end of Egypt to the other.

To be in bondage to Pharaoh is to be in servitude.  This was a means to deal with poor and destitute people in bad times.  To reduce someone to servitude meant that after they sold their land to survive and it would then become the buyer’s responsibility to provide food and shelter in order to save them.   This action was to save lives, not to enslave them.  Unfortunately, sinful humans created slavery all over the world in a different sense.  God’s plan was ❤️.

23 Joseph said to the people, “Now that I have bought you and your land today for Pharaoh, here is seed for you so you can plant the ground. 24 But when the crop comes in, give a fifth of it to Pharaoh. The other four-fifths you may keep as seed for the fields and as food for yourselves and your households and your children.”

25 “You have saved our lives,” they said. “May we find favor in the eyes of our lord; we will be in bondage to Pharaoh.”